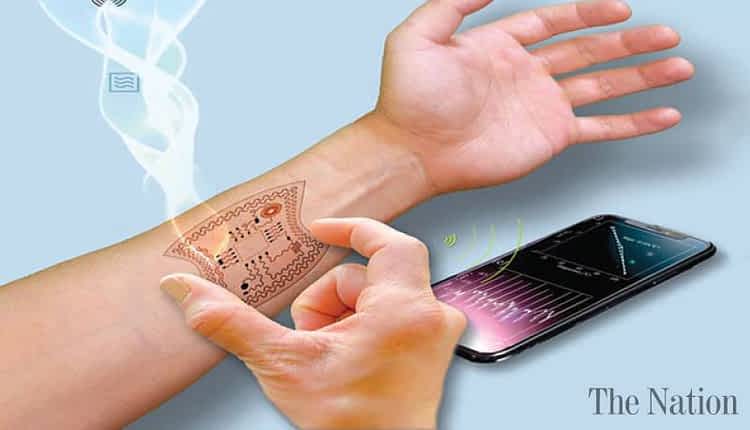 ISLAMABAD – From microwave ovens to Wi-Fi connections, the radio waves that permeate the environment are not just signals of energy consumed but are also sources of energy themselves. An international team of researchers, led by Huanyu “Larry” Cheng, Dorothy Quiggle Career Development Professor in the Penn State Department of Engineering Science and Mechanics, has developed a way to harvest energy from radio waves to power wearable devices.The researchers recently published their method in Materials Today Physics.According to Cheng, current energy sources for wearable health-monitoring devices have their place in powering sensor devices, but each has its setbacks. Solar power, for example, can only harvest energy when exposed to the sun. A self-powered triboelectric device can only harvest energy when the body is in motion.“We don’t want to replace any of these current power sources,” Cheng said. “We are trying to provide additional, consistent energy.”The researchers developed a stretchable wideband dipole antenna system capable of wirelessly transmitting data that is collected from health-monitoring sensors. The system consists of two stretchable metal antennas integrated ontoconductive graphene material with a metal coating.