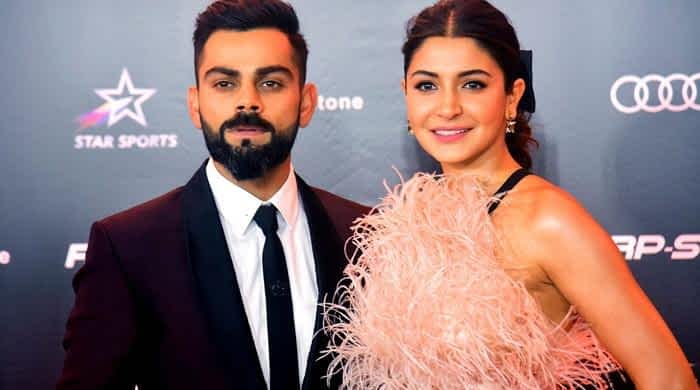 Sharma was referring to Gavaskar’s commentary where he took a dig at the RCB captain for his poor performance in an Indian Premier League (IPL) match on Thursday.

Kohli’s blunders made headlines during the Royal Challengers Bangalore’s match with Kings XI Punjab. The Indian skipper dropped two crucial catches and was dismissed after scoring only a single run from five balls, which eventually led to the Challengers being beaten by 97 runs.

“He [Kohli] wants to… he knows the more he practises the better he will become. Now there was a lockdown, and he has practised only against Anushka’s bowling. That is not going to help him a lot,” Gavaskar had said when the RCB skipper was batting.

The Indian batting great was referring to a video that had gone viral on social media where Kohli was shot by his neighbour, facing throwdowns from Sharma on the terrace of their house.

Responding to Gavaskar, Sharma, in an Instagram story, said: “That, Mr Gavaskar, your message is distasteful is a fact but I would love for you to explain why you thought of making such a sweeping statement on a wife accusing her for her husband’s game? I’m sure over the years you have respected the private life of every cricketer while commentating on the game. Don’t you think you should have equal amount of respect for me and us?

“I’m sure you can have many other words and sentences in your mind to use to comment on my husband’s performance from last night or are your words only relevant if you use my name in the process?

“It’s 2020 and things still don’t change for me. When will I stop getting dragged into cricket and stop being used to pass sweeping statements.

“Respected Mr Gavaskar, you are a legend whose name stands tall in this gentleman’s game. Just wanted to tell you what I felt when I heard you say this,” she added.

So far, Gavaskar has not responded to Sharma’s criticism.