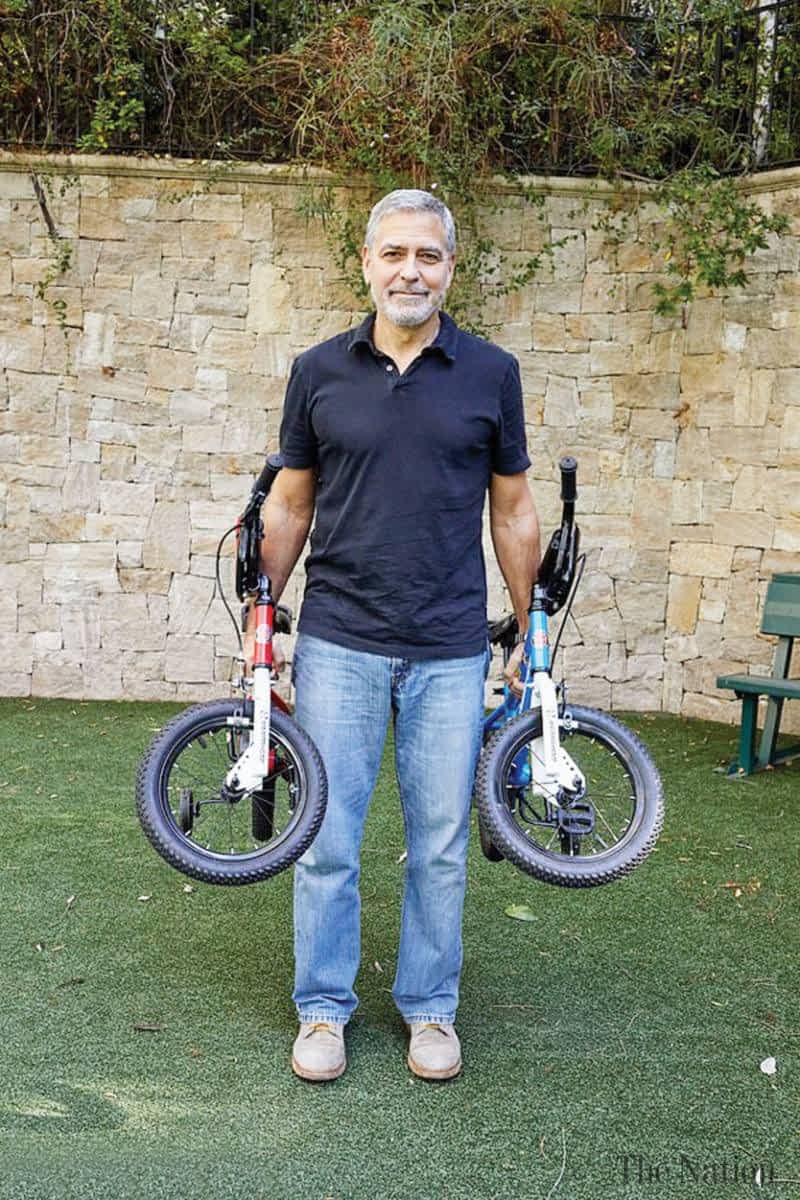 ISLAMABAD   –  George Clooney has been spending time at home with his wife Amal and their twins Alexander and Ella, age four. The Oscar winning star described what is has been like taking off his movie star hat and replacing it with a full-time dad hat. ‘I’ll tell you what I’ve taken on as a hobby: Two or three loads of laundry a day, dishes all day long, because these kids are slobs,’ joked the Midnight Sky actor. ‘Apparently, you have to wash your children every once in a while.’ And the star discussed how his film The Midnight Sky changed once the pandemic hit. ‘…When Covid-19 happened, the film, which is about a global apocalypse, became relevant in a new way. Originally, the narrative was about regret and seeking redemption. But as the pandemic took over, the film became about our inability to be home and hug the people we love.’