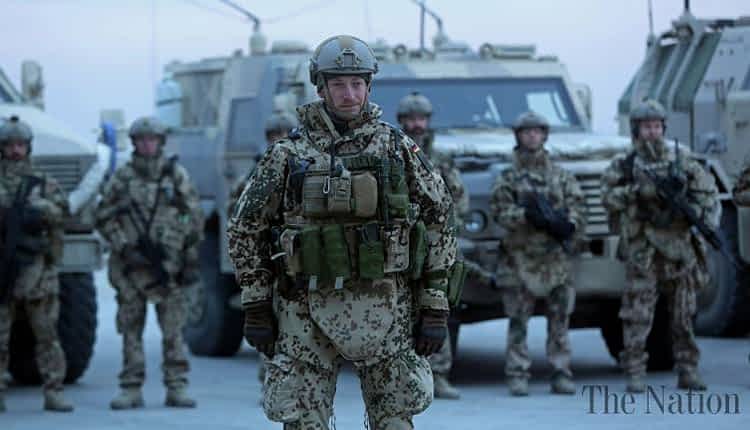 A garrison of Bundeswehr troops has been stationed in Afghanistan since 2002, with Germany intervening in the conflict alongside its US allies in NATO after America itself invaded the country in late 2001 on the pretext of responding to the 9/11 terror attacks.

Germany intends to speed up the withdrawal of its forces from Afghanistan, and plans to complete the process by 4 July, Deutschen Presse-Agentur reports, citing a Defence Ministry briefing to members of the German parliament, the Bundestag.

About 1,100 German troops are stationed in Afghanistan at the moment, with the Bundeswehr contingent being the largest foreign force in the country besides that of the United States.

The Bundestag extended the Afghanistan mission by 10 months in March, several weeks before US President Joe Biden’s announcement in April that American forces would withdraw from the war-torn country by the 20th anniversary of the 9/11 terror attacks. After that, NATO announced that it too would be withdrawing its forces by the US deadline.

59 German troops were killed in Afghanistan throughout the deployment, which marked its 19th anniversary in January. The Afghan operation has been the bloodiest in Germany’s post-World War II military history.

When troops were first deployed, the Bundeswehr was promised that they would be stationed in the country for a short period of time to stabilise the country and restore order. Their mission has gone on to last over a generation, with German troops heavily engaged in the training of Afghan security forces.

The war has reportedly cost Berlin over 17 billion euros, a hefty sum, but far below the $2+ trillion spent by the United States on the Afghan conflict.

Withdrawal made possible by Trump administration

The end of the US and NATO mission in Afghanistan was made possible by the Trump administration, which in February 2020 signed a peace deal with the Taliban in Doha which promised the withdrawal of all foreign forces from Afghanistan in exchange for a commitment by the Islamist militia not to allow terrorists such as al-Qaeda* and Daesh (ISIS)* to freely operate in the country and plot attacks against the West.

The Doha agreement envisioned the withdrawal of all foreign forces from Afghanistan by 1 May. Upon stepping into office, President Joe Biden delayed the withdrawal. Biden announced that the final withdrawal would only begin in May, and be complete by 11 September.

The Taliban has warned the US and its allies to stick to the terms of the original agreement, and ominously stated last week that “if the [Doha] agreement is breached and foreign forces fail to exit our country on the specified date, problems will certainly be compounded and those whom failed to comply with the agreement will be held liable.”

On Tuesday, United States Central Command chief Gen. Kenneth ‘Frank’ McKenzie told House lawmakers that he had “grave doubts” about the Taliban’s “reliability,” and indicated that the US would be “positioning significant combat power to guard against” the militia if it tries to “interfere” with the US’s “orderly redeployment.” He added that “if” the US leaves, it could continue carrying out “counterterrorism” missions in Afghanistan using drones, missiles, manned aircraft and even possible ground raids, although with reduced efficiency.

The war in Afghanistan is the longest in US and NATO history. The conflict has claimed the lives of over 38,000 civilians, over 65,000 Afghan security forces personnel, 3,500+ coalition troops, 4,000 Western mercenaries, and between 67,000 and 72,000 Taliban fighters. The war has also injured over 60,000 Afghans, and displaced millions of civilians.

Despite the failure of their ‘nation-building’ enterprise, the US and NATO have called the war a success, with acting deputy assistant secretary of defence Amanda Dory telling Congress on Tuesday that the mission of “preventing terrorist groups from using the country to threaten the interests and security of the United States, our allies and partners” had succeeded, and that “after two decades…we have accomplished that mission.”

The conflict in Afghanistan has raged for over two generations, beginning in the late 1970s, when revolutionaries overthrew the Afghan government and sought to establish a socialist, pro-Soviet regime in Kabul. The government’s hasty attempts to push through land reforms, education, and equality between the sexes in the countryside, combined with the delivery of billions of dollars in arms and cash to jihadist militias by the CIA, pushed the nation into a civil war.

‘The government is a curse on people,’ says Maryam Nawaz