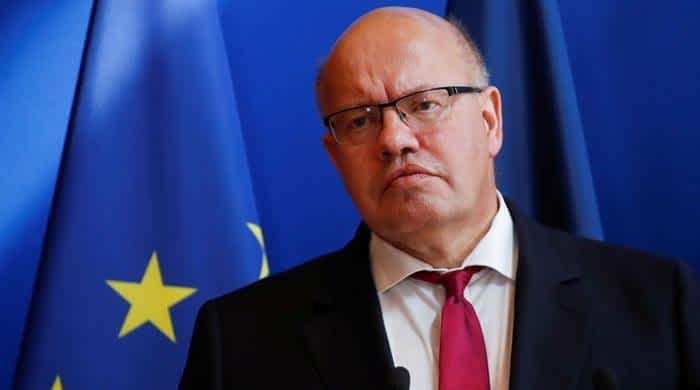 BERLIN: The German government is set to upgrade its growth forecast for this year as industry holds up well to the economic fallout from the coronavirus pandemic, Economy Minister Peter Altmaier said Saturday.

“In January, we forecast growth of 3.0%. Current data show that it will even be slightly higher,” Altmaier said in an interview with the Funke media group.

Europe´s biggest economy shrank by 4.9% in 2020 as restrictions to curb the pandemic hit many sectors.

The economy ministry is scheduled to unveil its updated gross domestic product forecasts on Tuesday.

“There are reasons to be optimistic,” Altmaier said, pointing to better-than-expected data as industry benefits from the global recovery.

Nevertheless, he acknowledged that the anti-Covid restrictions — which are being tightened in Germany from this weekend in an attempt to rein in a ferocious third wave of infections — have hit sectors such as retail, gastronomy and hotels particularly hard.

The German economy will return to pre-pandemic levels “by 2022 at the latest,” Altmaier said.

Last week, Germany´s leading think-tanks similarly warned that the current wave of the pandemic would put the brakes on economic recovery, but they were pencilling in growth of as much as 3.7% this year.