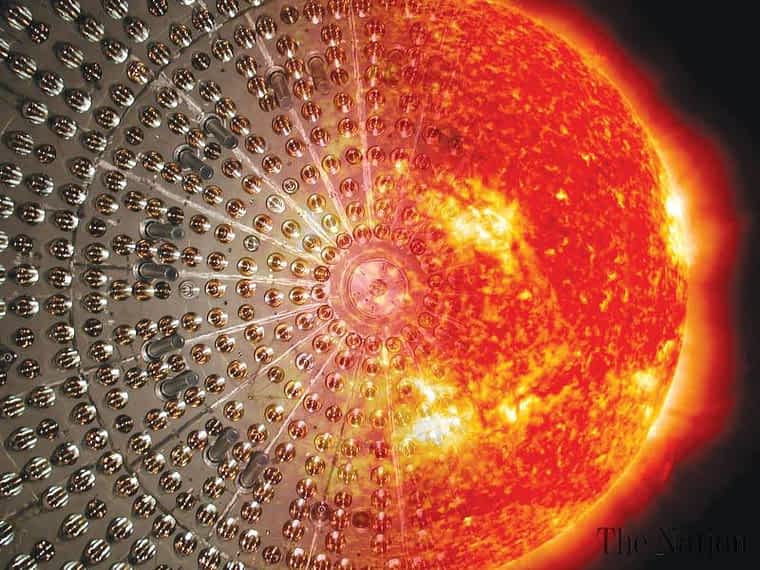 ISLAMABAD   –  The Borexino experiment research team has succeeded in detecting neutrinos from the sun’s second fusion process, the Carbon Nitrogen Oxygen cycle (CNO cycle) for the first time. This means that all of the theoretical predictions on how energy is generated within the sun have now also been experimentally verified. The findings are the result of years of efforts devoted to bringing the background sources in the energy range of the CNO neutrinos under control.The sun generates its energy through the fusion of hydrogen to helium. This occurs in two ways: The majority of the energy, approximately 99 percent, comes from a process of fusion and decay which begins with two hydrogen nuclei and ends with one helium nucleus. This process is referred to as the pp (proton-proton) chain. The rest of the energy results from a cycle in which a total of four hydrogen nuclei ultimately combine to form a helium nucleus with the help of carbon, nitrogen and oxygen as catalysts and intermediate products.

In stars larger than our sun the majority of energy generated is generated by this second process, referred to as the CNO process because of the involvement of carbon, nitrogen, and oxygen.