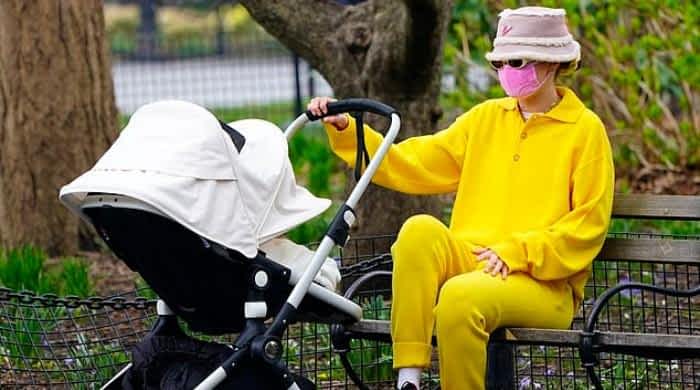 American supermodel Gigi Hadid is out and about with her daughter Khai.

The new mom was spotted with her and Zayn Malik’s daughter as she took a stroll around New York City with her sartorial game up high.

The fashionista rocked a casual look as she wore a bright yellow knit polo sweater with matching sweatpants by Amiss Conception. Hadid paired it with a baby-pink Prada bucket hat, white tube socks and sneakers.

Earlier, Zayn spoke about his new role as a dad and his daughter during a chat on iHeartRadio’s Valentine in the Morning.

“A lot of people that I was speaking to, obviously before she was born and stuff, were like, ‘It’s a big adjustment, and it’s going to be a massive change and stuff.’ But honestly, she’s an amazing baby,” said the former One Direction member.

“It’s been really easy for me and Gigi to kind of just ease into it, I guess. She kind of made it easy for us. She sleeps really well, she loves her milk. It’s just feeding and changing diapers at the minute. It’s wicked. I’m enjoying it, for sure,” he added.

Decision on schools’ closure to be taken after next NCOC meeting