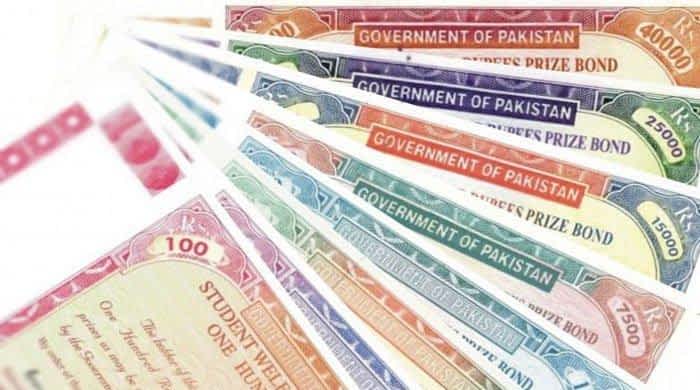 A notification issued by the federal government on Thursday showed that the Rs15,000 and Rs7,500 bonds will be discontinued.

The notification stated that the government will no longer hold draws for the two bonds.

The government said that Rs 15,000 bonds will no longer be cashable after June 30 and the Rs7,500 bonds can only be encashed till December 31.

The notification stated that people who do not wish to cash the bonds can pay an additional amount and convert them into Rs25,000 and Rs40,000 bonds. It also stated that the users can convert those bonds into special savings and defence saving certificates.

The government said that the prize bonds can be encashed by people via their bank accounts.

This is the second time that the government has stopped the sale of a bond within a year.

Last year in December, the federal government discontinued the sale of Rs25,000 National Prize Bonds, according to a notification issued by the Finance Division.

It was reportedly done to address the Financial Action Task Force’s concerns over money laundering and terror financing.

At the time, existing bondholders were given the option to encash/redeem/convert their bonds by May 31, 2021 in the following ways:

3. The bonds can be encashed through transferring the proceeds to the holder’s bank account through SBP’s field offices, authorised commerical banks or National Savings Centres.

People opting to cash out their bonds were told they will only be able to transfer money to their account in person.

The notification also stated that to get the prize money the person will have to submit the prize bond and give a copy of their CNIC to the SBP.

At the time, the Finance Division, in a separate notification, issued a new Premium Prize Bond of Rs25,000 with “immediate effect”.

Under the new bond, two first place prizes of Rs30 million will be awarded, while five second place prizes worth 10 million will also be given. The bond will have 700 prizes for third place of Rs0.3 million each. The draw for the prize bonds will be held quarterly.

The registered bond will also give 1.79% biannual profit to the bond holders.

Meanwhile, those who have an unregistered prize bond of the same amount can also buy the registered one.

Vin Diesel reminisces over almost backing out from ‘Fast & Furious’

First consignment from Pakistan under TIR leaves for Uzbekistan