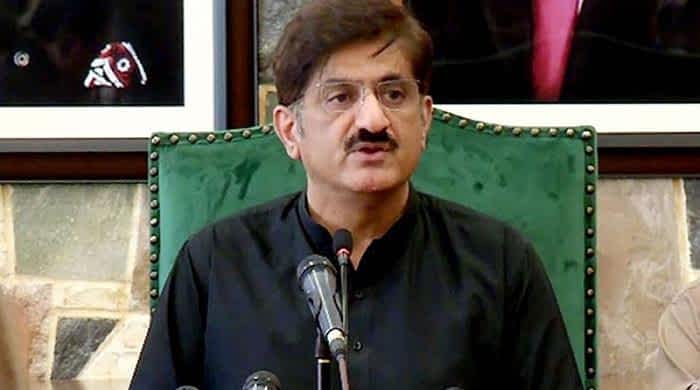 Sindh Chief Minister Syed Murad Ali Shah has said that apart from providing maximum resources from the provincial kitty, additional funding from public-private partnership arrangements and international lending agencies is being arranged to develop Karachi at a faster pace.

He stated this on Friday as he concluded the pre-budget discussion in the Sindh Assembly. Earlier during the debate in the house, the opposition legislators alleged that the Sindh government had much less focus on the development of Karachi.

The CM told the concerned legislators that up to 85 per cent of fiscal resources were being spent on Karachi of all the out-of-budget special development schemes being completed in the province in the current fiscal year.

He said that a number of important schemes related to road infrastructure were being completed in Karachi, including the road from the Y-junction to Gulbai and roads in SITE industrial area. He conceded in the house that road infrastructure had been in shambles in the SITE area.

Shah said the mode of public-private partnership was being utilised to build a treatment plant and a system to treat industrial effluents before their discharge into the sea. He said that different schemes were also being completed to overcome the water shortage in Karachi.

The chief minister said that around Rs600 billion was annually being spent by his government to pay the salaries and pensions to the employees of his government, and this figure didn’t cover the staffers of the municipal agencies and health institutions like the NICVD and the SIUT that were the recipients of annual grants from the Sindh government.

He said the timely measures taken by his government, including the expansion of healthcare facilities and lockdown measures enforced in the province last year, had gone a long way in protecting the lives of the people of Sindh against the deadly coronavirus infection.

The chief minister further remarked that the tax collection by his government had been far better than that being done by the centre, and that was why he had demanded that the authority to collect the general sales tax on goods should also be devolved to the provinces as was the case of the GCT on services.

The performance of the Sindh Revenue Board and the Excise & Taxation Department in generating revenue for his government had been exemplary so far, he claimed.

Earlier, speaking in the house, Leader of Opposition Haleem Adil Shaikh, who belongs to the Pakistan Tehreek-e-Insaf, said the ruling Pakistan Peoples Party had done nothing for the province, but the centre had been duly performing its role for the development of the province.

He disclosed in the house that the Kmayab Jawan Programme of the federal government was going to be launched in the province from June 15. He said that Rs10 billion would be spentto extend the loan facility to the youth of the province to help them do business.

He said that the law and order situation had been worsening in the province, and no ambulance service was available to the poor people of the province. He said the Sindh government should tolerate the opposition in the province as the latter was present to duly identify the shortcomings and failures of the former in doing the public service. Shaikh added that vaccination was not available in the healthcare facilities of the province to treat dog-bite patients. He said the federal government had provided the coronavirus vaccine to vaccinate the people against the coronavirus infection.

He said billions of rupees were spent on affairs related to the Sindh Irrigation Department, but there was no system of accountability of this massive expenditure of public money. He said that earlier international media had published stories on the outbreak of HIV in Larkana, and that spoke volumes about the performance of the Sindh Health Department.