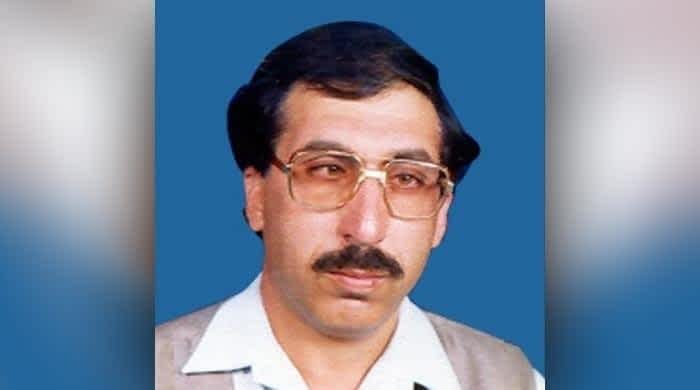 PESHAWAR: The government has finally recognised the services of veteran tribal journalist late Malik Mumtaz Khan and conferred the gallantry civil award, Tamgha-e-Shujaat, on him posthumously for his services in the field of journalism.
The government also awarded another tribal journalist, Hayatullah Khan, who was killed in Mir Ali subdivision of North Waziristan.
Malik Mumtaz’s eldest son Suleman Khan was invited to receive the award at a ceremony held in Aiwan-e-Saddar Islamabad from President Dr Arif Alvi.
Malik Mumtaz was a fearless journalist based in Miranshah, the headquarters of North Waziristan.
Associated with journalism for the 25 years, Malik Mumtaz worked for Pakistan’s leading newspapers, including The News International, daily Jang and Geo Television.
He also used to contribute to Pakistan’s first Pashto language television channel, AVT Khyber.
Hailing from a well-off and respected family of Dawar tribe, Malik Mumtaz and his family were widely respected by fellow tribespeople. His family didn’t have any feud with anyone.
He regularly attended his office in Miranshah bazaar where the family owned markets and shops and return home before sunset.
On February 27, 2013, Malik Mumtaz left his office and went to a nearby village along with a friend to offer condolences to a bereaved family.
On the way back, he dropped his friend, Subedar Khan, and was driving towards his village when armed occupants of a white car with tinted glasses opened fire on him on the main Miranshah-Mir Ali road near the Chashma Pul.
The local people later took him to the hospital in Miranshah,

but he had already succumbed to the injuries.
North Waziristan at that time was largely in control of different militant groups and almost all of them not only condemned his killing but visited his family house to offer help in tracking down the killers.
Eyewitnesses later told the family of Malik Mumtaz that the attackers seemed well-trained as they chased him in a car with high speed, overtook and opened fire on him before driving away towards Chashma Pul.
He was perhaps the only journalist whose death was condemned by all the warring factions, including the militant groups, and Pakistani military authorities.
The then director-general of Inter-services Public Relations (ISPR) had issued a statement and condemned his killing.
He never received threat from any side of the conflict during his career, though it was stated during his introduction during the ceremony in Islamabad on March 23, 2021 that he used to receive threats from the militants but he continued his brave reporting.
Also, the participants were informed that his reporting during the Zarb-e-Azb military operation had, in fact, drawn the ire of the militants and they made life tough for him and other pro-government people to live there.
It was not true as Malik Mumtaz was killed on February 27, 2013 while Zarb-e-Azb was launched on June 15, 2015.
The government has failed to arrest his killers.
Malik Mumtaz was a devoted man and used journalism for public service. He was popular as people from far-off villages came to his village to participate in his largely attended funeral prayers.
The tribespeople would call him the Voice of Waziristan. When he was killed, tribal elders were heard saying publicly that the voice that highlighted their problems had been silenced forever.
A graduate of Gomal University in Dera Ismail Khan, Malik Mumtaz was known and respected for his honest, impartial, and authentic reporting. He never took side in reporting sensitive issues, but didn’t compromise on truth and principles.
Unlike many other tribal journalists, he avoided reporting violence and preferred to highlight civic issues and problems of the tribespeople in the media. That is the reason he failed to find a space in the hearts of government and security officials.
The political administration and security agencies wanted the journalists to become their mouthpiece and never criticise them.
He took interest in highlighting issues such as health, education, electricity, communication, roads, drinking water, corruption of the political administration in development projects and human rights violation in the name of military operation.
People approached him for resolving their personal disputes and problems as if he was an elected representative of the area.
“People would come and meet him at odd times. He often said if he doesn’t help these poor tribespeople who else would do it,” his brother Bahadar Khan recalled.
It is widely believed that Malik Mumtaz was punished for raising genuine issues of the people in the media and exposing the corrupt elements in the tribal region. Malik Mumtaz has left behind two sons, a daughter and widow to mourn his death.

36 including doctor die of Covid-19 in KP