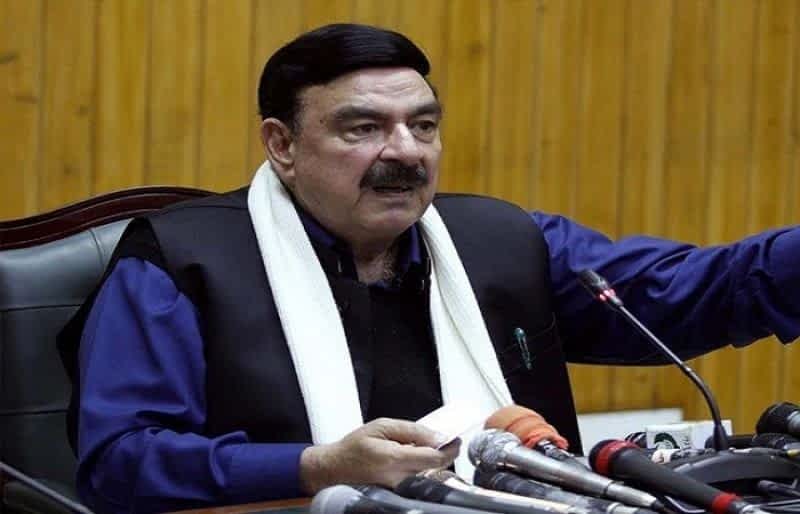 Minister for Interior Sheikh Rashid Ahmed on Tuesday hit out at leaders of the opposition Pakistan Democratic Movement (PDM) for its rally in front of the office of the Election Commission of Pakistan (ECP) in Islamabad today, saying television footage showed “not more than 3,000 people” had attended the protest.

Addressing a press conference in Islamabad shortly after the PDM rally concluded, he said the PDM leaders were “forgetting that Prime Minister Imran Khan gave them the permission to enter the capital’s Red Zone”, adding that he also had the same opinion “to let you play openly”.

“After this [rally], whatever small worry we had [about the long march] has dissipated. We did not even shut the metro bus service; that is [the level of your] political strength.”

He also challenged some of the opposition’s claims, saying no one had “served more jail time than I have” for the sake of Khatm-i-Nabuwwat (finality of prophethood).

“What have you gotten into? This game is not in your destiny.”

Rashid also responded to Rehman’s remarks that the government had a “problem” with students of madressahs attending political rallies, saying: “You are inciting children. I have not talked about religious students, I have talked about children.”

“I thank the madressahs and ulema of Islamabad for showing responsibility. It was a Jummah bazaar of those hungry for power.”

Moving on to PML-N Vice President Maryam Nawaz’s speech, he advised her to read more about the Broadsheet scandal.

“You are in a lot of trouble. Another Pandora’s box and Panama 2 are opening on you. Talking about it without reading is equivalent to creating political problems for yourself,” he claimed.

He questioned the issues that the opposition was talking about, also mocking the attendance at the rally. “After today’s show, we welcome your long march. It will be your last political act. You want to do it tomorrow, I say do it today. I will offer you Kashmiri tea.

“Which direction do you want to take the nation just [to save] your corruption, loot and dishonesty?” he asked.

The minister also lashed out at the speech of Pakhtunkhwa Milli Awami Party (PkMAP) chief Mehmood Khan Achakzai, saying “God only help Fazlur Rehman” if the former was allowed to continue giving speeches during PDM rallies.

Referring to PPP chairperson Bilawal Bhutto-Zardari’s visit to Umerkot today to celebrate his party’s win in a by-election, Rashid said Bilawal was “going on chartered flights while you (Rehman) are struggling in Islamabad”.

Responding further to the JUI-F chief and Maryam’s speeches in which they alleged that Prime Minister Imran “sold Kashmir after taking money from India”, Rashid said “nobody in the world or Pakistan has fought the case of Kashmir like Imran Khan and Sheikh Rashid have.”

“No power in the world can talk against Khatm-i-Nabuwwat as long as I am interior minister,” he emphasised.

“You have exposed yourself in front of Imran Khan today,” the minister added.

Biden warns dark days ahead as he outlines COVID plan