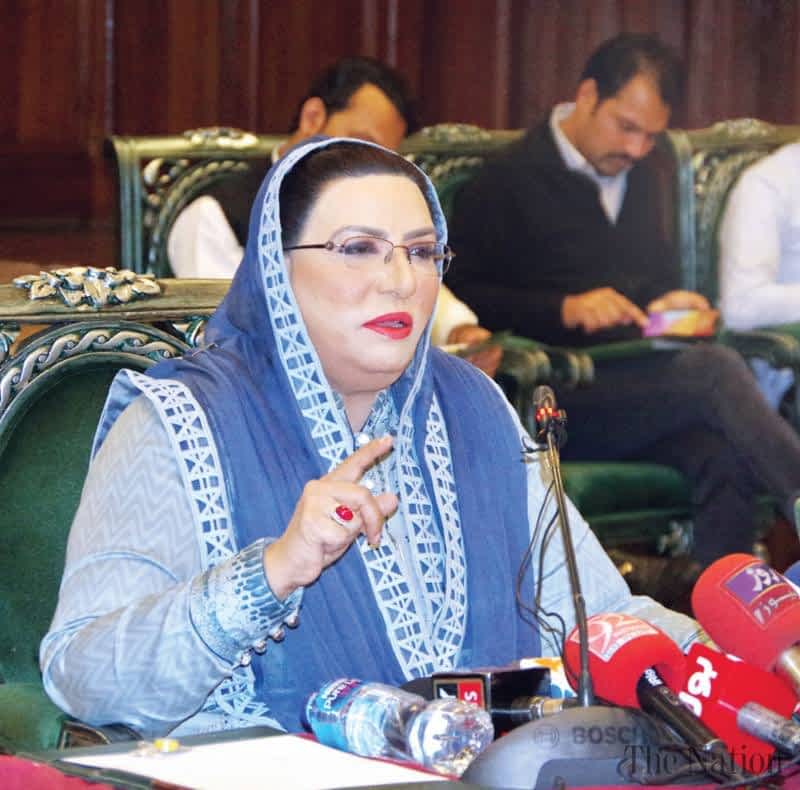 LAHORE   –  Special Assistant to Punjab Chief Minister on Information Dr Firdous Ashiq Awan said on Friday that overseas Pakistanis had been given lucrative investment opportunities for various projects as the role of private sector had been quite significant in the country’s economic uplift.

Addressing a press conference here, she said that Prime Minister Imran Khan wanted to see Lahore in the list of developed cities of the world and he inaugurated revolutionary project “Green Central Business District” and under this project a new city would be set up in the provincial capital.

She said, “Our economic, digital and residential requirements are associated with this project. This project will be completed in three phases.”

She said this project was a reflection of concept of vertical development. This project would help in promoting different industries and ultimately yield positive results for country’s economy.

This project would generate funds of Rs 1300 billion and the Punjab government would get Rs 250 billion in the form of tax, she added.

Dr Firdous said this project would help in addressing major challenges such as unemployment, poverty alleviation etc. She highlighted that the government was keen to launch self-sustainable job creating projects to usher in development in vital sectors of the economy.

She said that Local bodies system had a pivotal role in governance as the leadership at grassroots level was a platform through which cities as well as entire districts could be uplifted effectively.

She said a proposal was presented before Prime Minister Imran Khan, but in some areas further clarity was needed vis-a-vis structure of village council, neigbhbourhood council, town committees, municipal committees and tehsil council.

She stated that Premier had directed the provincial cabinet to review it once again, adding that the proposal would be submitted again after indepth review.

SACM said that low cost housing was a big challenge and was needed by myriads living in cities. She added that a low cost housing project would be launched in Punjab on the pattern initiated by the federal government.

“One low cost housing project will be launched in each tehsil of the province, and seven main banks will give ownership and provide mortgage as per direction of Prime Minister Imran Khan in this regard”.