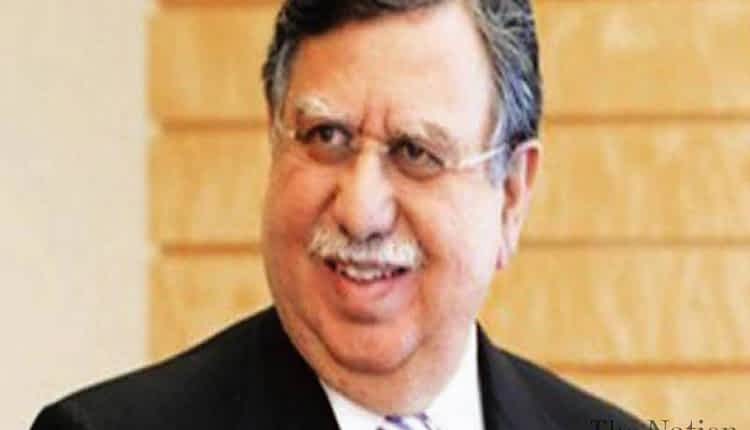 ISLAMABAD – Federal Minister for Finance and Revenue, Shaukat Fayyaz Ahmed Tarin, on Tuesday, said that government would increase the GDP growth to 6-7 per cent in next couple of years to make Pakistan a regionally competitive economy. He chaired the second meeting of the Economic Advisory Council (EAC) at the Finance Division. The finance minister welcomed the participants and highlighted the objective of the formation of Economic Advisory Council, which is the promotion of evidence based policy formation and reforms with the effective consultation and feedback from all important stakeholders. He said that the ultimate goal of these consultative meetings is to spur growth and take it to around 6-7 per cent in a couple of years to make Pakistan a regionally competitive economy. Advisor to PM on Institutional Reforms and Austerity, Dr Ishrat Hussain introduced the sub-groups and briefly highlighted the most important challenges in respective sectors. He said that increasing the share of direct taxes, energy cost rationalisation, focusing on education & health, increasing investment to GDP ratio and reducing the cost of doing business are the top priorities of the government. After the brief introduction, the EAC Groups gave presentations on the topics namely Inclusive and sustainable growth, Housing and construction sector, Industry and Exports, Agriculture, Revenue and Expenditure, Financial Sector and Debt Management, Energy, Social Protection and Domestic Commerce. The finance minister appreciated the hard work done by the sub-groups in formulating their proposals and directed to form liaison with key stakeholders for obtaining valuable feedback and crystallising input. He underscored that the detailed interaction which is taking place at this forum will prove an effective tool for policy making. He also affirmed his support and facilitation for all sub-groups on the occasion.