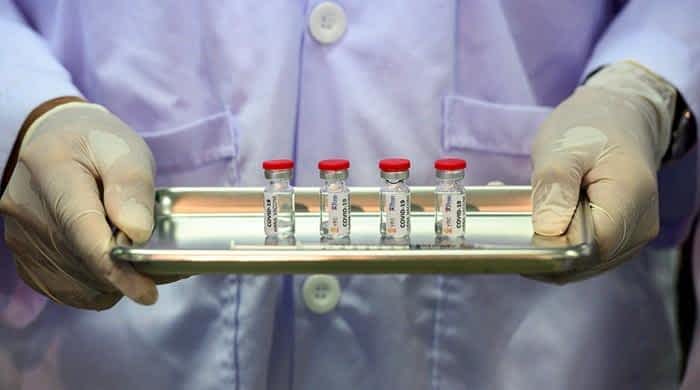 The government-sponsored coronavirus vaccines would be available to the people of Pakistan free of charge,  Federal Minister for Science and Technology Fawad Chaudhry said Friday.

The science and technology minister was responding to a person’s question on Twitter.

Meanwhile, in another tweet, the science minister said that the government would import 1.1 million coronavirus vaccine doses.

He clarified that while the government would be importing the vaccine, the private sector would also be allowed to do the same.

When will Pakistan get the vaccine?

A day ago, the Parliamentary Secretary for Ministry of National Health Services Dr Nausheen Hamid had said that Pakistan is expected to get the first COVID-19 vaccine shipment by the end of this month.

According to Radio Pakistan, Dr Hamid said that the government was “urgently” drafting a database of all public and private medical workers to get them inoculated in the first phase.

However, the publication did not specify which vaccine and from which country Pakistan would procure it.

“The Cabinet Committee has decided to initially purchase 1.2 million doses of the vaccine from the Chinese company Sinopharm, which will be provided free of charge to frontline workers in the first quarter of 2021,” the science minister said on Twitter.

Last month, China had approved the COVID-19 vaccine developed by an affiliate of state-backed pharmaceutical giant Sinopharm, its first approved shot for general public use.