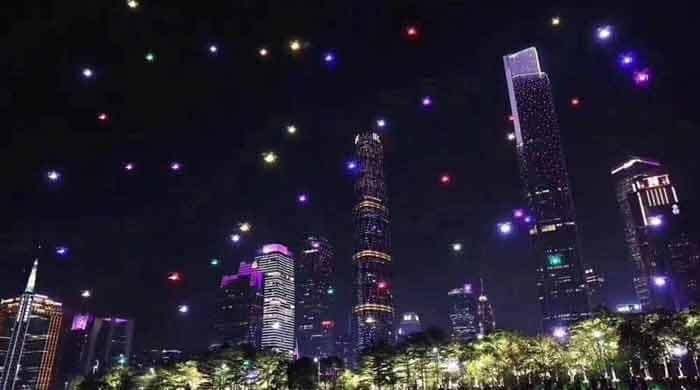 About 1,180 illuminated drones were launched into the night sky on Thursday to celebrate the 2017 Fortune Global Forum being held in Chinese city of Guangzhou.

Earlier this year, the city used 1,000 drones in an event to celebrate the Lantern Festival, setting a new Guinness World Record.

Top technology executives are gathering for the forum this week to discuss the China’s technological landscape and latest trends.

This is the second big industry event after the World Internet Conference in Wuzhen, where China reiterated its call for cyber-sovereignty.