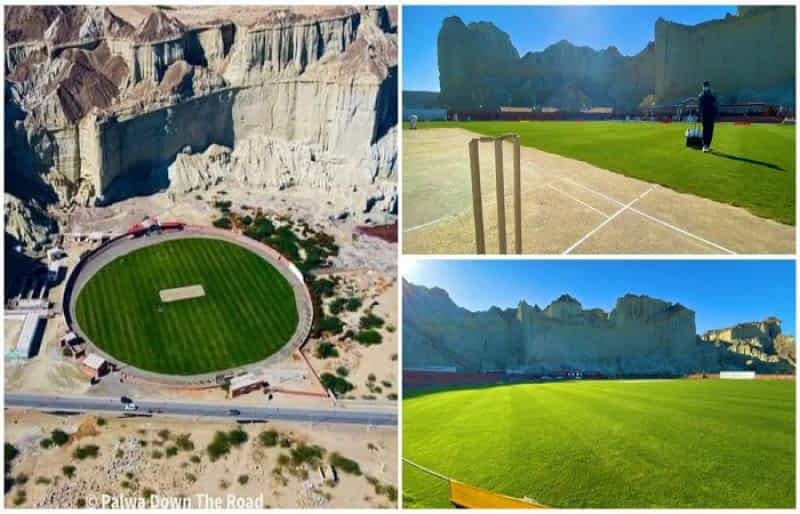 It was a sight for sore eyes as the cricket stadium in the city, dubbed by many as the world’s most beautiful one, hosted its first ever cricket match on Friday.

The picturesque stadium, surrounded by the majestic mountains and hills, is hosting a match between the Showbiz Sharks Vs the Gwadar Dolphins.

The Dolphins, on the other hand, are being led by Special Assistant to the Prime Minister on Overseas Pakistanis Zulfi Bukhari and features local players and Ali Zaidi and the GOC Gwadar.

“What a stadium,” said Turner. “It’s the most beautiful stadium in the world, in my opinion,” he added.

Bukhari’s Sharks won the toss and the skipper elected to bowl first.

“Our batting and bowling line-ups are both strong so we are looking forward ot the game,” said Waseem Khan.

Cricket buffs couldn’t hold back from tweeting pictures of the stadium. Here are some of the tweets:

The Ministry of Overseas Pakistanis decided to jump on the “Pawri Hori Hai” bandwagon.