Hamza Ali Abbasi dishes details about his first-ever book: ‘Obviously its about God’ 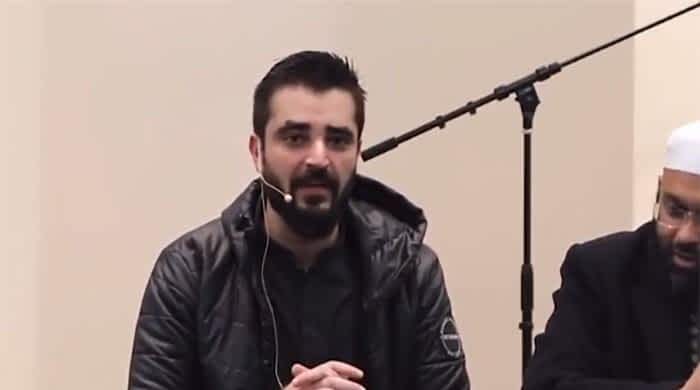 Hamza Ali Abbai reveals he is writing a book about God

Pakistani star Hamza Ali Abbai, who has been on a long break from acting since October last year, has disclosed that he was in the process of writing a book about God.

The Pyare Afzal actor took to Twitter and announced his decision of penning a book about God.

He tweeted: “In the process of writing a book….obviously it,ll be about God [sic].”

Abbasi went on to say that the book will be ready by June 2021. “Hoping to be done by June 2021 Insha Allah. Will be a little inactive on social media bcz of that,” he concluded.

The Mann Mayal star has been on a path towards spirituality since he revealed last year his decision to let his acting career take a back seat while he learns more about Islam and spreads its message.

“I look at all my trophies, that mattered a lot to me because it was the symbol of my hard work being rewarded, and I wonder about what these awards will mean after I die. To my children and grandchildren, these will mean nothing, they’re just pieces of metal,” he had said in a video released last year about turning towards God following his atheist beliefs.

“There were only two things I saw continue after my death; serving humanity with charity and what not – which is compulsory anyway – and devoting my life to God. I want to spend the rest of my life talking about God and spreading His message. Call it religious activistism, call it a declaration or whatever, but now I want to talk about God,” said Abbasi in the video that became the talk of town.

However, later this year, the actor clarified that while he was indeed on a path towards spirituality, he hadn’t given up on his acting career entirely and would still take on some roles which he deems appropriate.