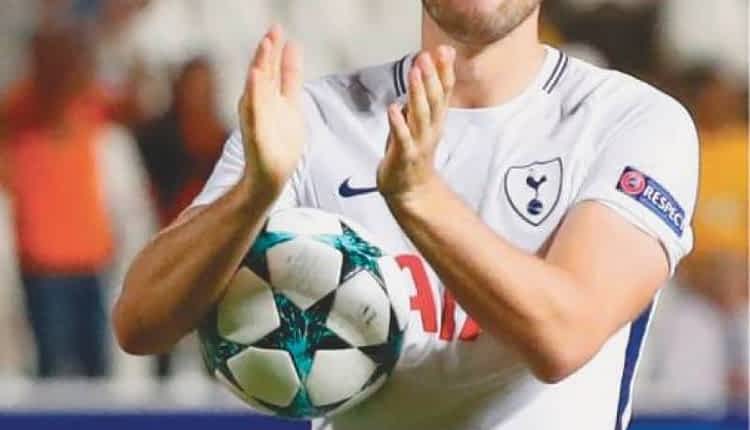 England will be eyeing to win their first major international football tournament in 55 years when they take on Roberto Mancini’s Italy in the final of the Euro 2020 tournament at Wembley on Sunday. The Three Lions’ lone shot at glory came back in 1966 when they won their only FIFA World Cup title.

England skipper Harry Kane has said that it is difficult to describe the feeling of reaching their maiden European Championship final.

“It’s hard to sum up into words. As a footballer, it’s about the next one. It’s really sometimes hard to take it all in, to take in the crowd, everyone at home watching. Nights like tonight, you have to be here with the fans”, the 27-year-old Tottenham superstar said in his post-match press conference.

“We haven’t won anything yet, but you have to enjoy nights like tonight. But we have one more to go. I’m proud to be captain of this squad. We’re a credit to each other. We’re excited for a final on our home ground”, he stated.

The reaction followed after his side came back from a goal down to beat the gritty and determined Denmark 2-1 in extra-time in the Euro 2020 semifinals on Wednesday night.

England had their back to the wall after Mikkel Damsgaard gave Denmark the lead in the 30th minute. But Gareth Southgate’s boys bounced back within minutes with the help of an own goal from Danish defender Simon Kjær in the 39th minute.

Neither team managed to score a goal in the second half and the tie went into extra-time where English winger Rahim Sterling won a controversial penalty for his team.

Kane, who has been in excellent form in the tournament, had his penalty blocked by Danish keeper Kasper Schmeichel, but reached the back of the net after a rebound, thereby sending England into their first-ever Euro final, much to the delight of the home fans at Wembley.

The striker was extremely pleased with the way England responded to the challenge of falling behind in the match.

“We’ve said all along, we can talk as much as we want, it’s about doing it on the pitch. It was the first time we’ve been behind. We stayed calm”, the England captain said.

“There was no panic. We created a few chances after that. We managed to get the breakthrough. The second half, we controlled it well. These games are about character, about digging in, about belief. We have that in the squad”, he added.

Like Kane, England boss Gareth Southgate was also quite happy with the performance of his players, but urged them to keep their focus on winning the tournament.

“I’m so proud of the players. It’s an incredible occasion to be a part of – we knew it wouldn’t be straightforward. We said to the players we’ll have to show our resilience and come back from some setbacks, and we’ve done that tonight”, Southgate told the British media after England’s win over Denmark. “The most pleasing thing is that we’ve given our fans and our nation a fantastic night, and the journey continues on for another four days”.

“There’s one more massive hurdle to conquer. Italy are a very good side. They’ve shown outstanding form and have defensive warriors at the back who have been through everything. It’s something to look forward to”, he added.

Southgate also acknowledged that England were lucky to win against Denmark.

The Danes, including their manager, Kasper Hjulmand, were unhappy with the referee’s decision to continue play as there were two balls on the field minutes before England were awarded the penalty in extra-time.

However, according to the rules, a referee can only stop the action on the field if the other ball interferes with play, which never happened in the Denmark vs England game.

Hjulmand was furious at the referee’s decision to penalise Joakim Mæhle because he thought the Danish defender had not made any kind of contact with Sterling.

“One thing is to lose a game, but losing this way is a disappointment. These guys have fought a lot. It feels bitter”, he said.And Southgate accepted that his team was fortunate to move into the final.

“I saw the ball on the pitch. I wasn’t sure how that would be dealt with but I saw a game before in England, where that happened and the goal wasn’t disallowed. On the balance of the game we deserved it. But if you’re to say to me that the penalty was soft, I’d understand”, he said.

Former Indian footballer Abdul Khalique, though, was happy with England’s progression to the final.

“I have always believed that fortune favours the brave and England were brave enough to take their chances during crunch situations. That’s why they were able to come through against Denmark”, he stated.