HEC reiterates unofficial two-year degrees not to be recognised 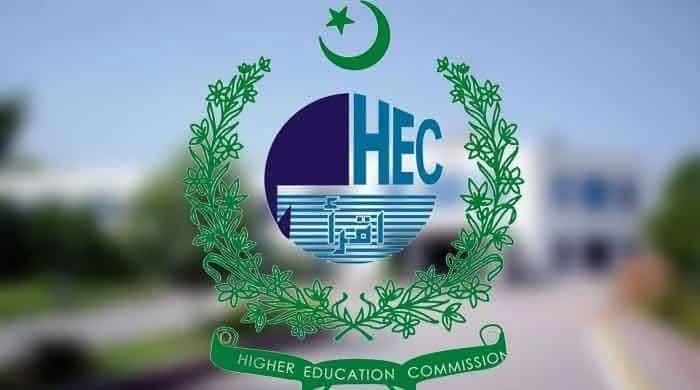 The Higher Education Commission (HEC) on Thursday clarified that they have not deferred the four-year BS or two-year associate degree programmes that have already started at a majority of affiliated colleges across Pakistan.

The regulatory body pointed out that the implementation of the Undergraduate Education Policy 2020 has been deferred at some universities until the fall of 2022 on the request of the Vice Chancellors Committee.

The HEC said the universities that have already adopted the education policy can continue its implementation. On August 12 last year the commission had informed universities to adopt the policy through normal procedure not later than January 2021.

HEC spokesperson Ayesha Ikram said: “Both the programmes — the associate degree and the four-year BS — are intact and will continue as earlier. The enforcement of the policy prescribed in the HEC’s notification dated July 11, 2019, regarding ‘Transition from BA & BSc Programmes to Associate Degree Programmes: Phasing out of MA & MSc Programmes’, will continue in letter and spirit.”

The Undergraduate Education Policy 2020 document provides the objectives on undergraduate education programmes leading to the Bachelor of Studies, professional degrees and associate degrees, with the aim to enhance the likelihood of student success.

All undergraduate students will be given academic programmes with a menu of activities that can equip them with such skills, and to graduate every student will have to participate in one or more of the activities, including at least nine weeks of internship, and practical lab learning for at least four semesters for a minimum of four hours a week.

The media relations officer said the HEC has only extended the deadline for the implementation of the education policy. “It doesn’t mean we’re going to postpone or defer the associate degree or four-year BS programmes. But some of the universities need to meet the prescribed mandatory clauses of the policy. It’s clear that the HEC has already banned the two-year BA, BSc, and BCom programmes. Those who enrolled in them after December 2018, their degree won’t be recognised.”

The officer added that the notification about the phasing out of the two-year BA, BSc, BCom, MA and MSc programmes had been issued some two years ago. “The HEC won’t withdraw that notification. These two-year degrees are now unauthorised.”

Ayesha explained that the phasing out of the outdated two-year programmes is a separate matter that has been resolved. “The HEC has barred universities from offering two-year degree programmes.”

She said that the education policy is a detailed document that provides how to enhance the quality of undergraduate education, and it is another matter.

“The decision to defer the implementation of both the Undergraduate Education Policy 2020 as well as the Policy on PhD Degree Programmes 2021 has been made after the recommendations of the Vice Chancellors Committee and the approval of the HEC so as to facilitate their implementation. But this extension will not affect the earlier decision of phasing out the two-year programmes.”

She said the students who have secured admissions in courses other than the associate degree or BS programmes, their degrees will not be recognised after those cut-off dates.

“The aim of phasing out two-year programmes was to discourage private students who get admissions in colleges and then just a few days before the exams buy books to take their exams. If anyone is interested in getting a higher education, they must attend classes. But if they have no such opportunity, they should get admission in universities offering distance education.”

As the Academic Council of the University of Karachi recently approved continuing their two-year degree programmes at their affiliated colleges, The News contacted the KU spokesperson for their version on the matter. He said the HEC has deferred the four-year BS and two-year associate degree programmes, which is why the university made this decision.

When the KU spokesperson was informed about the HEC denying this perception, he said: “Let’s see what the HEC has to say about this to us. We’ll make our decision after their response.”