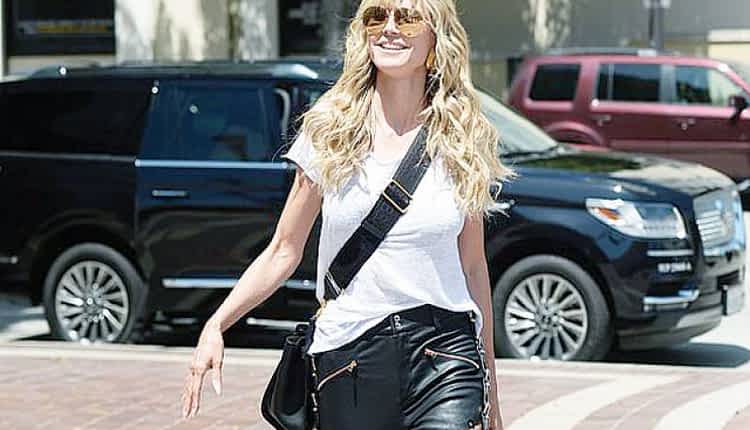 ISLAMABAD – Heidi Klum was spotted arriving at a taping of America’s Got Talent in Pasadena, just outside of Los Angeles, recently.The reality television personalities appeared to be enjoying their time in the radiant sunlight before entering the filming venue in order to get ready for the day’s work.The crew of the hit NBC talent competition show is currently in the process of taping the episodes for its upcoming sixteenth season, which is set to premiere later this year.Klum opted to wear a loose-fitting white t-shirt as she made her way towards the filming area. The 47yearold supermodel contrasted her top with an eye-catching pair of leather pants that featured multiple buckles that held the article of clothing together.She paired her bottoms with a set of black heeled shoes while getting ready for the day’s taping.The Germany’s Next Topmodel host notably wore a sizable pair of sunglasses and kept a large crossbody bag slung around her left shoulder.Her gorgeous blonde hair added an element of color to her dual-toned outfit.