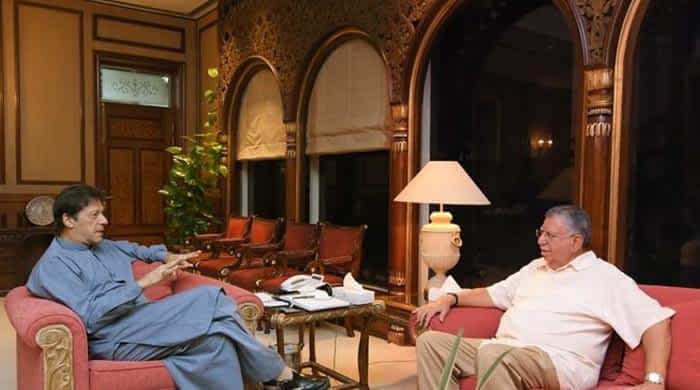 Prime Minister Imran Khan has made his sixth cabinet reshuffle and as a result, Shaukat Tarin was appointed as Pakistan’s new finance minister, replacing Hammad Azhar — who held the portfolio for less than a month.

But, what was Tarin’s perception of the country’s economic policy before he was appointed?

A few days ago while speaking in Geo News programme “Aaj Shahzeb Khanzada Kay Saath”, he had presented a charge sheet against the government’s economic policy.

“We don’t know where the economy is heading […] We will have to put our house in order,” the newly-appointed finance minister had said back then.

The captain of the ship has to stand firm and be strong or the vessel won’t move ahead, he said.

“We have to change the NAB (National Accountability Bureau) rules to bring in people from the private sector,” Tarin had added.

Two days ago, speaking on another TV show, he had said achieving Pakistan’s current economic goals was a difficult task, but not an impossible one.

“The Pakistani nation is not afraid of difficulties,” he had said.

Tarin had said if the Federal Board of Revenue (FBR) does not increase its revenue to 15%, then the country will run out of money to spend.

Changes in Ministry of Finance

Tarin has replaced federal minister Hammad Azhar to become the fourth person to be handed the portfolio of Minister for Finance. Azhar was removed from the position less than a month after his appointment.

Prior to Azhar, Asad Umar and Abdul Hafeez Shaikh were appointed as finance ministers.