How many Pakistani players were vaccinated against coronavirus by PCB? 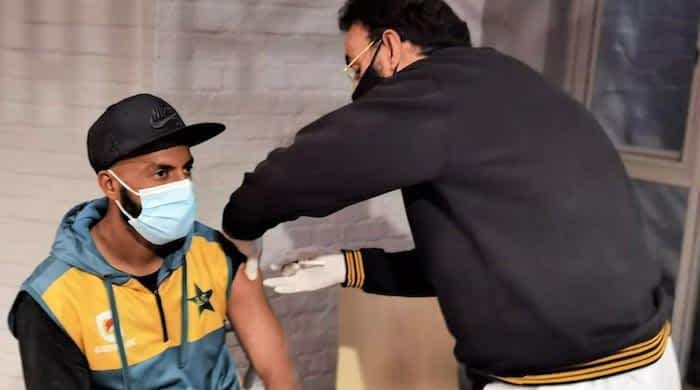 PCB has completed its first phase of COVID-19 vaccinations for players and support staff, the board shared on Twitter Friday.

The vaccination drive started March 4 in Karachi and carried on till May 6.

In the first phase, 57 men players, 13 officials of the men’s team and 13 NHPC men and women coaches were vaccinated against coronavirus.

The vaccinations were done in collaboration with the Pakistan government’s National Command and Operation Centre (NCOC).

The vaccination drive started March 4 in Karachi and continued till May 6 when eight players – part of Pakistan’s squad for the ongoing Test series against Zimbabwe – were given second doses in Harare.