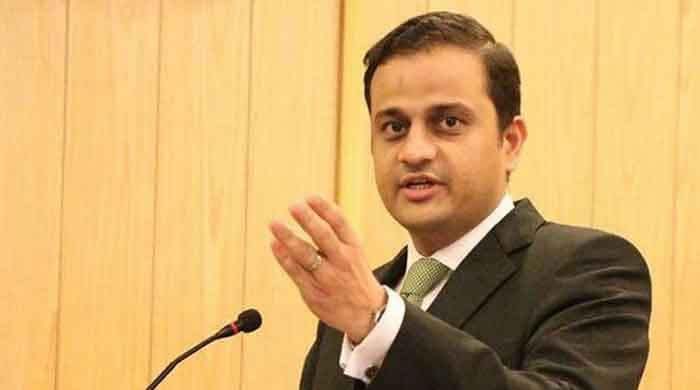 Adviser to the Sindh Chief Minister on Law and Environment Barrister Murtaza Wahab has said the government does realise the sufferings of the traders in Karachi due to the lockdown restrictions but people should also realise that further spread of Covid-19 could claim more lives.

Addressing a press conference at the Sindh Assembly on Wednesday, he said the Sindh government had to tighten the lockdown restrictions as medical experts had advised it to do so in order to contain the spread of the disease.

The press conference was held as the opposition political parties and traders have been protesting against the enforcement of the strict lockdown regime causing serious setback to the retailers and business owners in Karachi.

“The traders’ fraternity do belong to us but the lives of the citizens are more precious to us than the commercial activities. Neither are we imposing undue restrictions nor have we been doing discrimination with anyone,” the law adviser maintained.

He explained that the pandemic situation could get out of control of the government if the lockdown regime was not further tightened. He said if someone had complaints about the lockdown restrictions, there were only two methods to avoid these curbs —one of which was using masks and the other was getting vaccinated against the novel coronavirus.

Wahab, who also acts as the spokesman for the Sindh government, said that earlier the federal authorities had left the issue of tightening of lockdown restrictions to the provincial governments.

He also recalled the statement of Federal Information Minister Fawad Chaudhry who mentioned about the worsening coronavirus situation in Karachi. He added that the Sindh government had to further tighten the lockdown restrictions after there was a steady increase in the Covid-19 cases after Eidul Fitr.

The Sindh government spokesperson also complained on the occasion that the province had not been getting its due share of river water. Sindh was also getting less than the promised funds from the Centre as its due fiscal share in the federal divisible pool, he said.

He alleged that there was no big development scheme for the province of Sindh in the federal budget. It seemed that Sindh was not on the list of the priorities of the federal government, he remarked.

He told the media persons that the Sindh Revenue Board had collected 19 per cent more revenue this year compared to the last year. He also claimed that Sindh had the lowest taxes rates in the country.

IMF, WTO, WB, WHO call upon top economies for equal distribution of vaccines