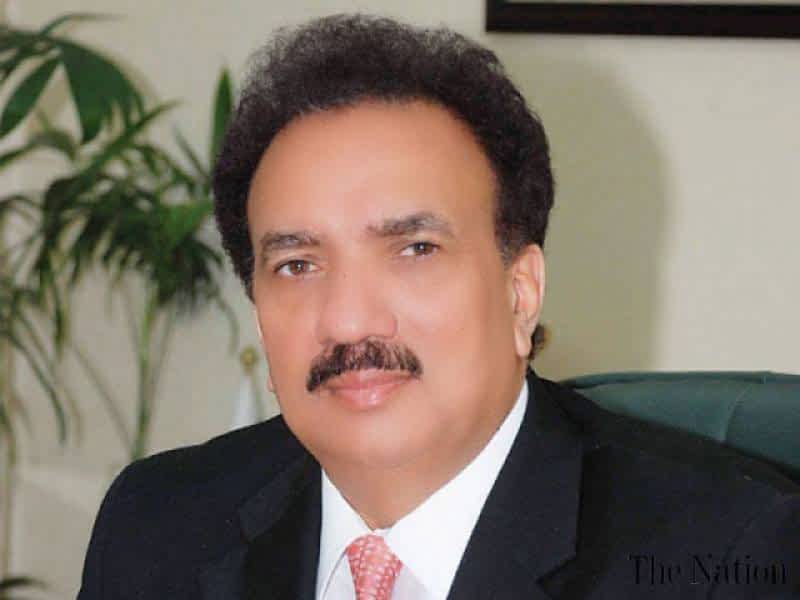 ISLAMABAD – Chairman Senate Standing Committee on Interior Senator A. Rehman Malik on Thursday said that a healthy society is not only vital for better quality of life but it also boosts the quality of human capital and socioeconomic development of the country.

While addressing a seminar here, Rehman Malik said that adulteration and unsafe food are the major causes in the growing of diseases in the country, said a press release.

Rehman Malik said that it is alarming that health issues are rapidly increasing in the country because of unsafe and unhygienic food.

Rehman Malik said that unfortunately in our country unsafe and unhygienic food is being sold in our markets without any fear. He said that across the country including the capital there is no formal authority to monitor food quality and there exist no mechanism.

He said that not only that dead meat and adulterated milk is being sold but substandard food is being served in restaurants and also in the canteens of schools and other educational institutions.

Rehman Malik said that he was shocked to see that vendors sell substandard food items and spurious drinks outside schools, colleges and universities.

He said that this is a very serious issue and it needs government serious attentions as unhygienic food is badly affecting health of our school going children.

Rehman Malik said that in 2018, he as Chairman Senate Standing Committee on Interior had taken notice of selling of adulterated milk and the meat of dead animals in Islamabad and Rawalpindi but during the briefing, he was told that this is a common practice across the country.

He added that he had recommended legislation and establishment of ICT Food Authority to ensure the safe food. Rehman Malik said that there should be a National Food Security Authority in the country to ensure safe food to everyone adding that citizens should also play their role in ensuring the safe food.

He said that Senate Standing Committee on Interior had recommended the establishment of Slaughter House in Islamabad and every district of the country duly monitor by respective District Administration.

Rehman Malik explained The Pure Food Authority Bill, 2019 which was referred to his committee in September 2019 and after thorough deliberation, in December 2019 it was approved.

He said that the bill seeks establishment of a food authority in the capital and appointment of officials. He said that the bill also provided a `comprehensive mechanism for regulating and managing food items` as well as punishments for those involved in the business of adulterated and unhygienic food.

He said “I call upon the government to implement and act upon the Food Act of 1960 till Food Authority is not established at capital and provincial level”.

At the end of seminar, he distributed certificates among the participants and applauded them for their services for humanity and Pakistan.

‘Paralysis can be avoided with timely treatment’