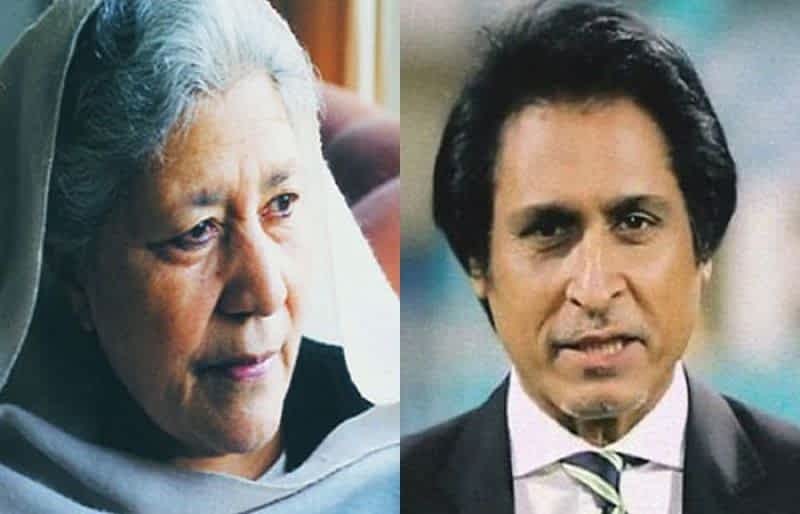 Former Pakistan skipper Ramiz Raja, paying tribute to the acclaimed novelist Bano Qudsia on her 92nd birthday, shared an anecdote that most people are not aware of.

“[I] remember as a kid while playing tennis ball cricket at her home I broke her verandas tube light,” the cricket commentator said.

However, as Raja readied himself for a scolding, he got nothing but affection from Qudsia as she, with a warm expression, just wanted to know whether he was fine or not.

Today’s Google Doodle honours Bano Qudsia, writer & a spiritualist. Remember as a kid while playing tennis ball cricket at her home I broke her verandas tube light. Readying myself for a dressing down, all I got from her instead was a warm expression to know if I was ok. pic.twitter.com/a2lcinpIIC

“Today’s Doodle honours the life and legacy of Pakistani novelist and stage and television playwright Bano Qudsia, affectionately known as Bano Aapa (Elder Sister), who is widely credited as one of the most significant Urdu language authors in modern times,” said the US-based search engine.

Qudsia was known for writing on love and hope and had written Urdu classics like “Aadhi Baat” (Half Talk, 1968) and the novel “Raja Gidh” (The Vulture King, 1981).

She was born on November 28, 1928, in Firozpur, British India and started writing short stories when she was a child. She earned her Master’s degree in Urdu after moving to Lahore post-partition. It was then when she also met her future husband and fellow luminary of Urdu literature Ashfaq Ahmad.

Qudsia was credited for writing thought-provoking television plays that led her to become a cultural trendsetter. She wrote 25 novels and also founded her own magazine called “Dastango”.

“Even as her legend grew throughout her six-decade career, she maintained a reputation for her radical acceptance and kindness, known to embrace those from all walks of life who approached her for mentorship or assistance,” said Google.

The Pakistani governments honoured her with the Sitara-e-Imtiaz in 1983 and the Hilal-e-Imtiaz in 2000.