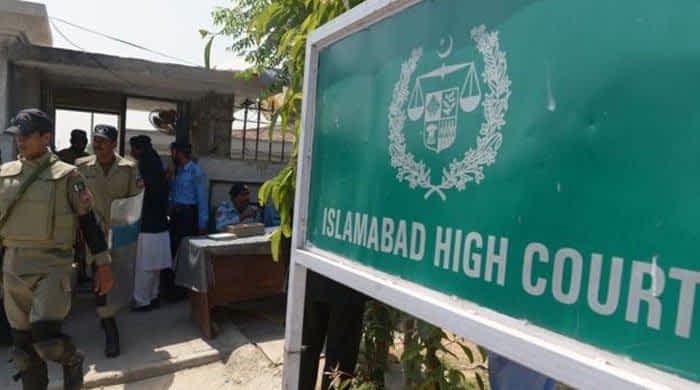 Suspect was arrested outside the IHC over the dismissal of his bail plea. File photo

ISLAMABAD: The Islamabad High Court (IHC) on Tuesday dismissed the bail plea of the prime suspect in a case pertaining to the alleged gang-rape of a food delivery boy at a private university in Islamabad.

Justice Tariq Mehmood Jahangiri of the IHC announced the verdict over the bail plea, ordering the dismissal and consequent arrest of the suspect, Ibrahim Khan.

Implementing the judicial orders, the police arrested Khan outside the court right after the hearing.

A 22-year-old food delivery boy was allegedly gang-raped at a private university’s campus in June 2021.

As reported by Geo News, a professor at the varsity, Dr Mushtaq, had written a letter to the university’s rector, demanding a probe into the matter.

“The culprits involved in the incident should be penalised instead of covering up the crime,” wrote Mushtaq in the letter.