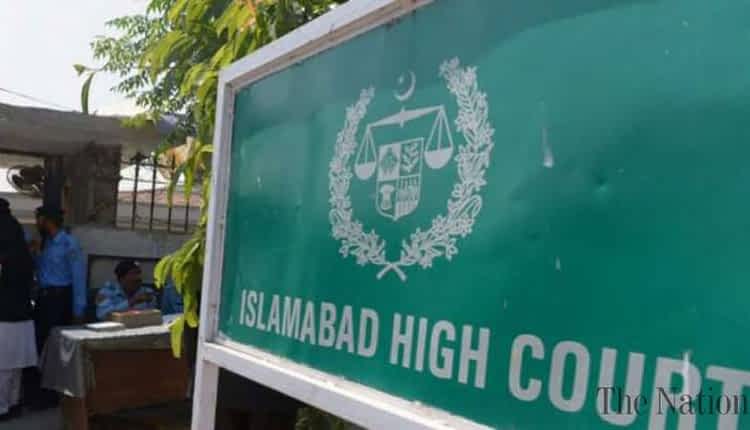 ISLAMABAD   –  The Islamabad High Court (IHC) has dismissed a petition challenging the Capital Development Authority (CDA)’s act of taking possession of a playground in the federal capital.

A single bench of IHC comprising Chief Justice of IHC Justice Athar Minallah announced the verdict in the petitions filed by Naveed Ahmed Abbasi and Techno Time Construction against the CDA for taking possession of National Cricket Ground F-7/3.

The IHC bench also imposed fine of Rs 200,000 on the petitioners in each petition for misleading the court.  In the petition, the petitioner sought a writ having the effect of restraining the CDA from taking over possession of the playground.

Justice Athar stated in his verdict, “Both these petitions are dismissed because they are devoid of merit. Moreover, in both these cases the petitioners have attempted to mislead this court. In one case, material information regarding litigation was withheld while in the other a photocopy of a letter was attached which did not correspond with the official record maintained by the Capital Development Authority.

“Consequently, Rs. 200,000/ (Rupees two hundred thousand only) is imposed as costs in each petition. The amount of costs is directed to be deposited with the competent authority of the Capital Development Authority within 15 days from the date of receiving a certified copy of this order,” held the bench.

The bench further said, “The deposited costs shall be used by the Capital Development Authority on the improvement/ maintenance of the playground.”

The IHC Chief Justice noted that in both the cases the petitioners have attempted to subvert the course of justice by misleading this Court and therefore, contempt proceedings are ordered to be initiated under the Contempt of Court Ordinance, 2003.

He also directed the office to issue notices to the petitioner in both the petitions and fix a date for preliminary hearing.

It added that the arrangement between the petitioner company and the CDA appeared to have been restricted to the maintenance and for the use of the advertisement. It maintained, “The petition is, therefore, without merit and liable to be dismissed with exemplary costs.”

Commemorative stamps to be issued on Sino-Pak 70th anniversary

Man dies after falling from window of flat