Impossible to have seen Eid moon on May 12 even with telescope: astronomer 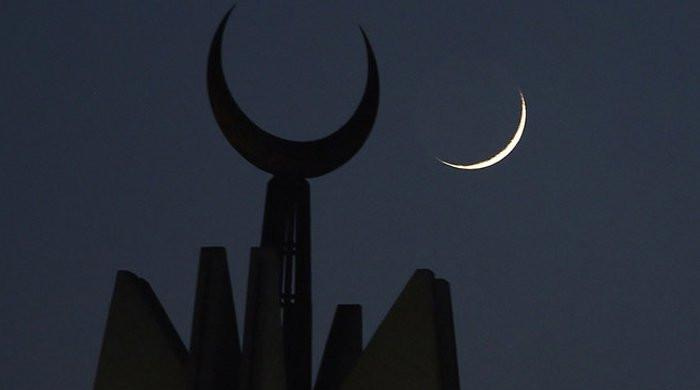 KARACHI: It was impossible to sight the Shawwal moon on the night of May 12 even with a telescope, says Javed Iqbal, the head of Karachi University’s space, science and technology institute.

Astronomer Dr Shahid Qureshi, too, said the moon was not likely to appear on May 12.

Controversy around the sighting of the moon for Eid have been ongoing for the last two days in Pakistan since the Ruet-e-Hilal Committee announced the dates for Eid a day earlier than expected.

On Thursday, Prime Minister Imran Khan’s Special Representative for Interfaith Harmony Maulana Tahir Ashrafi had said that the Ruet-e-Hilal Committee took the right decision  on the announcement of Eid.

His remarks came in response to former RHC Chairman Mufti Muneeb ur Rehman’s statement in which he urged Muslims to observe a qaza fast in lieu of Ramadan 30.

The issue of moonsighting had also become controversial after a leaked video started making rounds on social media in which Mufti Yaseen Zafar, a member of the Central RHC, could be seen talking on the phone with someone and saying that the committee announced Eid “in a bid to show unity.”