In photos: Karachiites take to streets to condemn Israeli attacks on Palestine | Pakistan 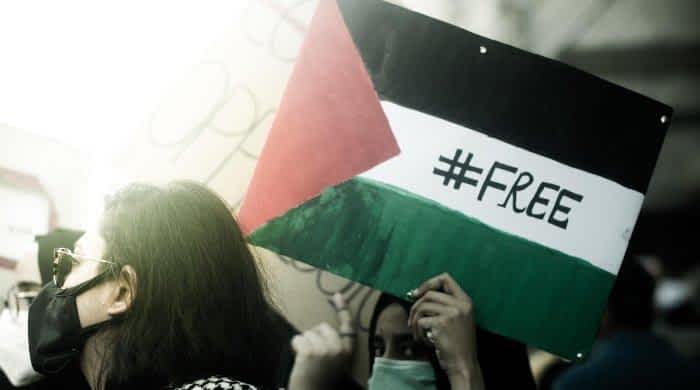 KARACHI: Hundreds took to the streets of the metropolis to rally for the freedom of Palestine, in the midst of Israel’s escalating aggression in Gaza.

The demonstration held at Karachi Press Club saw a number of people from all walks of life, united for the Palestinian cause, calling for an immediate ceasefire from Israel.

Israeli attacks on Gaza have thus far killed 217 Palestinians, out of which 63 were children, resulting in a global outcry.