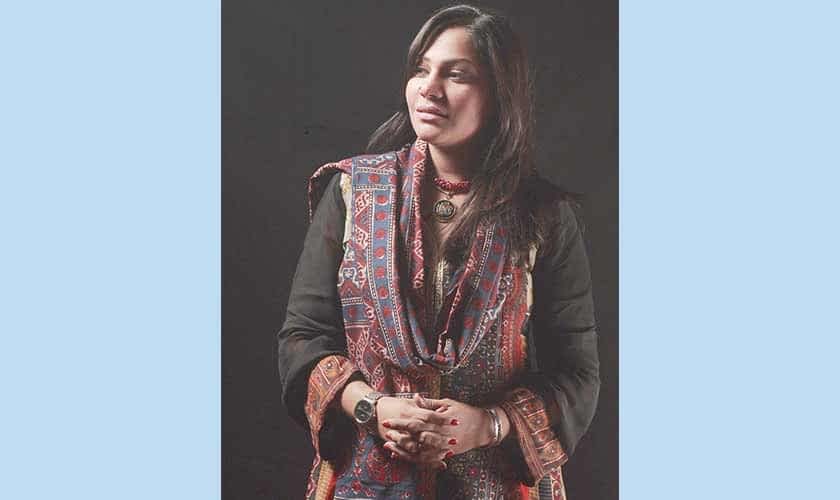 Sanam Marvi: Can talent be separated from personal lives?

Like many women in show business before her, Sanam Marvi is in the news these days for the all the wrong reasons. Marvi has come a long way from a little village near Dadu, Sindh, to where she is now. She was married at a young age, but her husband was murdered. She then remarried and moved to Qandiwal in Sargodha. These days, she is in the midst of another relational breakdown and under increasing media spotlight. Some of her relatives too have joined the fray.

Over the last few years, hardly a month has passed by without some report of violence against women. There are many misgivings about women in the performing arts – music, film, theatre, television – as the general perception is derived from inherited popular wisdom.

This is rarely about the talent or achievement of the person. Rather, it revolves around their private lives.

Can talent be separated from personal lives? Men are also targeted thus, but they get away with it comparatively easily. Women, however, are never forgiven, even for the sins they never commit. The society tries to rub their noses in the dirt. This discrimination is all around, but is dramatically heightened where the performing arts are concerned. Any suggestion of a departure from middle class values is seen as a vindication of the inherited prejudice.

Unfortunately, the society wishes to see such women in a negative light. This facilitates such newsbreaks and exposures. The women are more exposed to dangers and behaviour which can at best be described as brutal, coercive and exploitative.

And once the news breaks or is featured in the media, it is met with a hum of approval from many people. “We always knew it to be so,” they say. The women in performing arts are branded as being somehow not good enough.

The general environment, all over, particularly in our society, is not conducive to these women working in a safe environment.

It is very difficult to break away from the stock understanding or a given prejudice that one has inherited and imbibed living in this society in particular. The problem usually arises when a woman wants to assert herself and take independent decisions.

Women are never forgiven, even for the sins they never commit. The society tries to rub their nose in the dirt. This discrimination is there all around, but is dramatically heightened where the performing arts are involved.

Early on, she is dependent on others who take most decisions about her life. However, gradually with more fame and money, she tries to chart her own course in life. At this point, opposition from all sides erupts, including from those who were her early facilitators.

They see their vested interests being threatened and become nasty and violent. Then, there is nothing to save these women from the fury of their past relatives.

Among the current crop of vocalists in Pakistan, particularly hailing from Sindh, Marvi is at the very top. If Abida Parveen is the leader of the previous generation of women singers, then Marvi is a cut above the rest among her peers.

From a purely folk tradition and its systemization, especially through the contribution of Shah Lateef Bhitai, the late nineteenth century was influenced by court musicians who were patronized by various princely states in the area and its vicinity.

During the twentieth century, a new ang of singing the Sindhi kaafi emerged and was made acceptable by the likes of Ustad Ashiq Ali Khan. Ustad Manzoor Ali Khan was a great exponent of the Sindhi kaafi and his ang was well-respected by those initiated into music and looked up to by the various types of musicians.

Marvi started to sing early as is the wont with those hailing from families of hereditary musicians. Her father taught her along with Ustad Fateh Ali Khan, Ustad Majeeb Khan and Ustad Ali Nawaz Khan. Her father, Faqeer Ghulam Rasool, was a poor folk artist from Sindh. A musician’s family struggles a lot because they have no means.

Marvi has improved a lot in the past few years. She should stick to the path where the content of the kalam should be more than balanced by her virtuosity. She caters to a diverse audience and her forte has not really been the Sindhi kaafi, but the geet or the kaafi which is rendered in the geet ang. The desire to render the text should be her secondary concern, the primary being the rachao of the sur and then its expansion through the various graces that enrich the tonal vocabulary.

polluted by a permanent black tide

Popyrin fights back to win maiden ATP title in Singapore