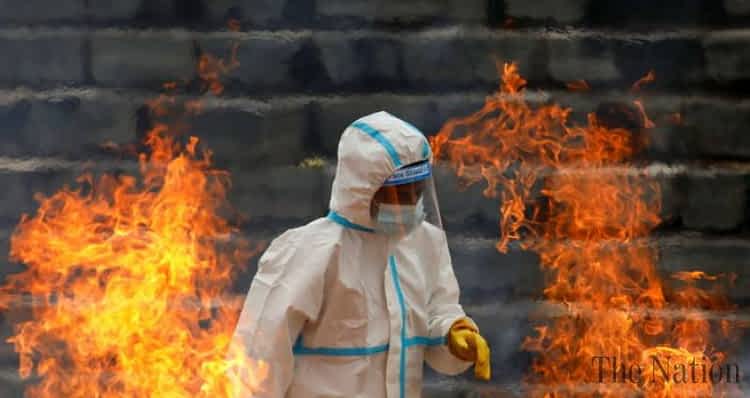 India on Tuesday registered a record 4,329 COVID-19 deaths as its caseload surged past 25 million, the Health Ministry said.

The country has witnessed a decline in the number of daily cases for the last few days. Virus-linked deaths, however, remained over 4,000 for the past three days.

The deadly second wave of the virus is ravaging large parts of India, one of the epicenters of the global pandemic. Hospitals have shortage of beds and oxygen, while many crematoriums have also run out of spaces.

The government has introduced 2-DG, a new locally developed drug for “faster recovery” of hospitalized COVID-19 patients and reducing “supplemental oxygen dependence.” According to a statement, it “will be of immense benefit to the people suffering” from the disease.

Meanwhile, officials said an Indian staff member of the New Zealand High Commission in New Delhi, and an Australian businessman in the Indian capital died of COVID-19.

“We have lost a dear friend and valued colleague. Trina Solar Australia assistant director, Govind Kant, has passed away after contracting the coronavirus in India,” a statement read.

He was based in Sydney, and had returned to India for personal reasons.

“Words may not suffice to express the heartfelt sorrow that the team at Trina Solar feels for the passing of our exceptional colleague and friend. Our thoughts and prayers are with Govind and his family, including his wife and two daughters.”

His death comes as Australia lifted a three-week ban on Indian arrivals on May 15, but many citizens are said to have stuck in the country.

Earlier this month, Col. Moses Mlula, the defense adviser of Tanzania to India, had also died of coronavirus.