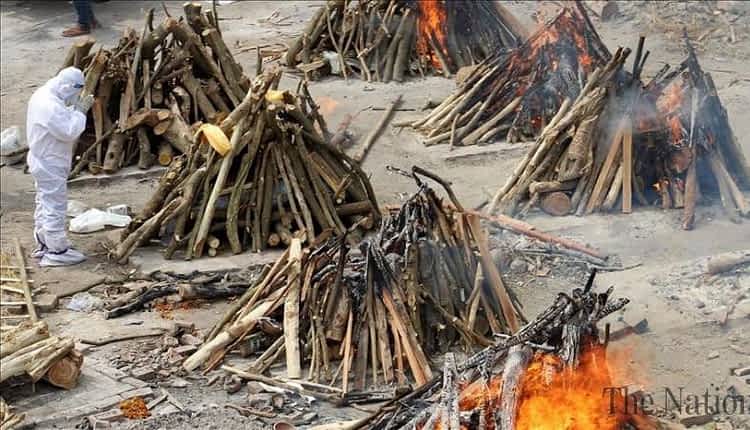 India registered 4,187 deaths due to COVID-19 in a single day, raising the country’s death toll to 238,270, according to Health Ministry data on Saturday.

India is the third country after the US and Brazil to report more than 4,000 deaths in a single day.

The country reported 401,078 new cases in the last 24 hours, taking the tally to nearly 21.9 million, according to the latest data.

India has been struggling with a deadly second wave that has severely strained its health system, leading to shortages of oxygen supplies at hospitals as well as beds and coronavirus treatment drugs such as Remdesivir.

Meanwhile, an Indian-American group of physicians are sending 5,000 oxygen concentrators to India to save the lives of those affected by the virus.

“These units are to be received by local Indian partners, hospitals, makeshift isolation centers, newly created mobile hospitals and charities so that local partners in the remote parts of India can use these units to provide oxygen to Covid patients as needed,” said DR Raj Bhayani, the head of the Federation of Indian Physicians Association, in a statement.