India steps up clampdown on US social media giants 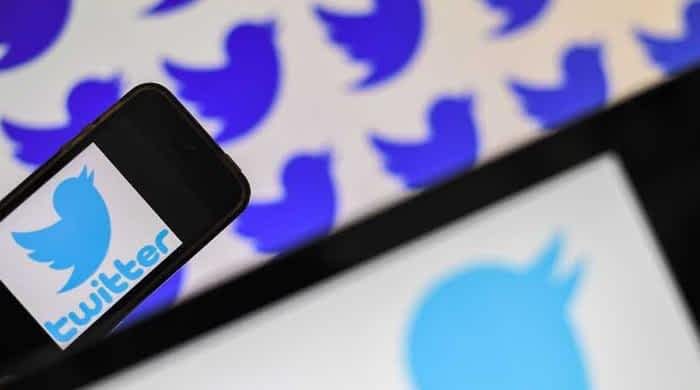 logos of US social network Twitter are displayed on the screen of smartphones, in Nantes, western France. — AFP/File

The regulations take effect in three months and will force social media, online streaming services and digital news services including Facebook and Twitter to remove content within 24 hours of a complaint being made.

Tech companies will also have to disclose the origin of a “mischievous tweet or message” if asked by an Indian court or the government.

Information technology minister Ravi Shankar Prasad justified the move by comparing Twitter’s refusal to take down content after protesting farmers went on a rampage in New Delhi in January to its actions after violence at the US Congress days earlier.

“If there is an attack on Capitol Hill in Congress, social media supports police action. But there is an aggressive attack on Lal Qila… you have double standards,” he said, calling it “unacceptable”.

India’s Hindu nationalist government ordered Twitter to take down hundreds of accounts and tweets commenting on the demonstrations.

Twitter at first agreed but soon opened the accounts again.

The government’s new rules will also force social media companies to appoint a chief compliance officer and a “grievance redressal officer”, both based in India.

A separate “self-regulatory body” led by an official nominated by the government will have the power to warn or censure a platform, force it to make an apology or include a “warning” or “disclaimer” about content.

“The government welcomes criticism and the right to dissent but it is important for the users of social media to have a forum to raise their grievance against the misuse of social media,” Prasad told reporters.

Social media has become a central battleground in the government’s showdown with farmers who have been camped on roads on the outskirts of Delhi since November calling for the repeal of new free market farm laws.

The government has been stepping up its complaints about social media since it came to power in 2014.

Registration of people over 60 for vaccination under way, SHC told