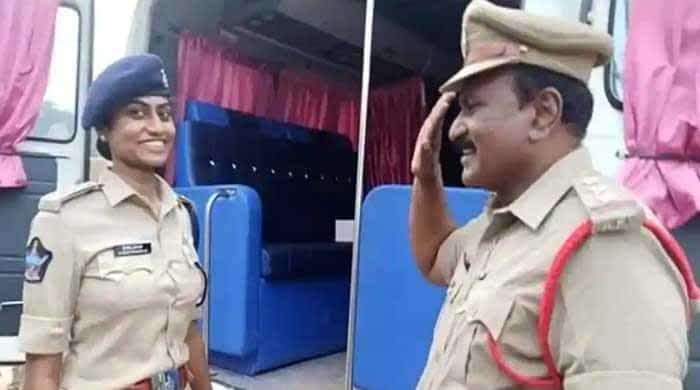 CHITTOOR: A deputy superintendent of police  was on duty  at an event  organised by the state police department, in India’s Andhra Pradesh on Tuesday when she was taken aback at an officer walking up to her and saluting her.

The officer, Circle Inspector Y Shyam Sundar, saw his daughter  Yendluru Jessy Prasanthi, who is the Deputy Superintendent of Police (DSP) of Guntur district, at the ceremony and decided to salute her, according to the police protocol.

The picture taken on the occasion, with the daughter surprised and laughing to see it is her father saluting her, went viral on social media and won many hearts.

Prasanthi,  who is now appointed at an officer’s rank in the same department, also saluted her father in reply.