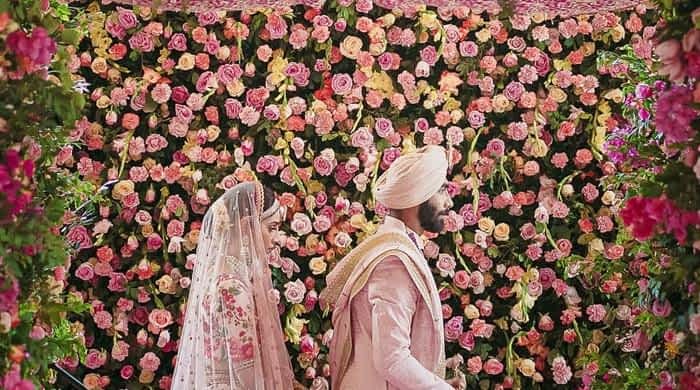 India’s right-arm pacer Jasprit Bumrah got hitched to sports presenter Sanjana Ganesan on Monday, with the fast bowler taking to Twitter to announce the decision.

In a tweet message, Bumrah requested fans to pray for him as he begins a new journey with his wife.

“Steered by love, we have begun a new journey together. Today is one of the happiest days of our lives and we feel blessed to be able to share the news of our wedding and our joy with you. Jasprit & Sanjana,” he tweeted.

The 27-year-old has been hailed as one of the world’s best fast bowlers, taking an impressive 83 wickets from 19 Test matches at an average of 22.10.

Since making his debut in 2018 against an India vs South Africa Test match, Bumrah has managed to become a regular feature of the squad, helping his team win many a games courtesy his lethal bowling.

Bumrah was left out of the T20 and the fourth Indian Test squad for the England series due to “personal reasons”.

“He informed the BCCI (Board of Control for Cricket in India) that he is getting married and has taken the leave to help in preparations for the big day,” news agency ANI had quoted a BCCI source as saying.

She was crowned Miss India in 2014 and went on to star in the reality TV show, MTV Splitsvilla.

Ghee, oil prices move up in Utility Stores ahead of Ramadan