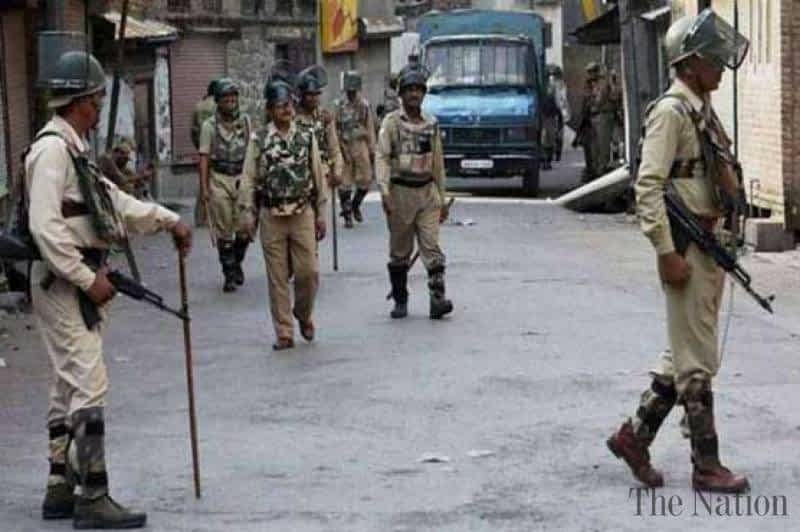 The youth were killed by the troops during a cordon and search operation in Kutpora area of the district. An Indian Army official claimed that the youth were killed in an encounter triggered during a cordon and search operation jointly launched by Indian Army, Central Reserve Police Force and Indian police. The authorities suspended internet service in Shopian and Kulgam districts.

On the other hand, the High Court Bar Association of the occupied territory has been forced by the Modi government to defer its election for its stand on the disputed status of Jammu and Kashmir. The Bar Association was all set to conduct its election, today; however, the polls have been deferred after the Indian authorities asked the legal body to clear its stand on Kashmir. Jammu and Kashmir Liberation Front in a statement strongly condemned the harassment of Bar Association members by the authorities.

The Jammu and Kashmir Anjuman Shari Shian in a statement issued in Srinagar strongly denounced the continued house arrest of its President, Agha Syed Hassan Al-Moosvi Al-Safvi. It said that the occupation authorities were not even allowing Agha Al-Moosvi to perform his religious obligations like offering Juma prayers.

Senior Hurriyat leader Ghulam Muhammad Khan Sopori in a statement in Srinagar paid rich tributes to the youth, martyred by the troops in Shopian, today. He said that Indian stubbornness was claiming precious human lives in the occupied territory.

Meanwhile, speakers at a function in Jammu denounced Modi regime for imposing colonial laws to change the demography of the occupied territory. The event was organized by Jammu and Kashmir Peoples Movement in collaboration with several Dalit and Sikh organisations to pay glowing tributes to the November 1947 martyrs who were ruthlessly butchered by the communal forces of Maharaja in Jammu. Speaking on the occasion, APHC leader Mir Shahid Saleem said that massacre of Jammu Muslims was one of the worst examples of planned and state sponsored ethnic cleansing. PR Thapa and Sardar Ranjeet Singh said that the minorities in India were the worst victims of RSS backed fascist regime and asked for maintaining unity to get their fundamental and democratic rights restored.

Tehreek-e-Wahdat-e-Islami Chairman Khadim Hussain in a statement in Srinagar said that Modi led fascist Indian government was working on a wicked plan to make the Kashmiris strangers in their own homeland by depriving them of their land.

The Muttahida Majlis-e-Ulema at a meeting in Srinagar, today, said that the Kashmiri youth were undergoing a state of mental agony due to the prevailing situation in the territory. The MMU reiterated its demand for the release of its chief, Mirwaiz Umar Farooq, from illegal house detention.