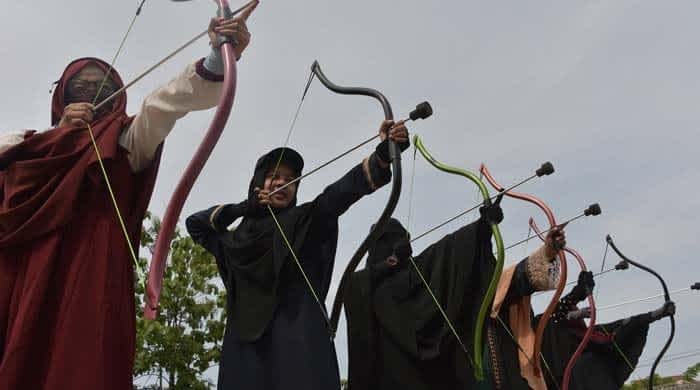 In a bid to bust stereotypes related to the full-face veil (niqab) that Muslim women observe, an Indonesian women squad has taken upon itself to change perceptions of people around them.

Known as ‘The Niqab Squad’, the girl group undertakes a number of physical and sports-related activities while wearing niqab in order to fight prejudice against full face-coverings.

Founded by Indadari Mindrayanti, the squad gathers often to recite Quran and embark upon a series of adventures involving archery, horseback riding and other activities.

The aim of creation of the group was to provide a platform to niqab-wearing women to perform any activity that they desire, also to prove to the world that wearing niqab (a personal choice) does not restrict them from doing any task.

“The niqab doesn’t prevent us from socializing with anyone, even if they are not Muslim,” Mindrayanti said.

“We can be good ambassadors of Muslims in front of non-Muslims … (and) those who don’t understand Islam and only know it from what they see in the media.”

It has been reported that more than 3000 women from Indonesia and other countries like Taiwan, Malaysia and South Africa have joined the distinct Niqab Squad for the cause.

Up to 126 held in Peshawar since seminary bombing