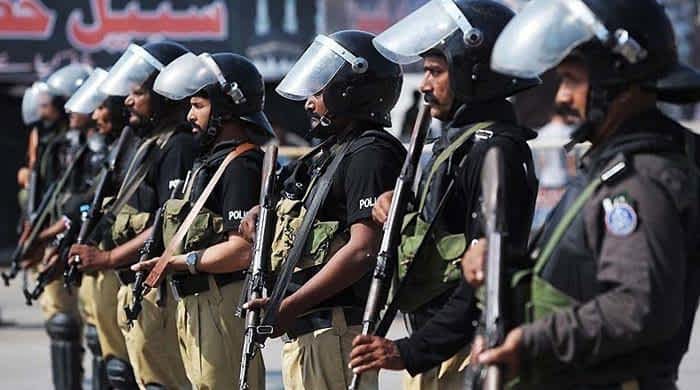 From the rank of constable to that of deputy inspector general (DIG), every official of the Sindh police seems concerned about getting themselves cleared after the law-enforcement department has set up the Internal Accountability Bureau (IAB) on the order of the Supreme Court of Pakistan.

Additional IG Farhat Ali Junejo has been appointed the founding chief of the IAB. A relevant notification has also been issued by Sindh Chief Secretary Mumtaz Ali Shah. Thirty-six complaint centres of the provincial police force will work under the accountability bureau.

“Initially,” said Junejo, “we have proposed 10 reputable police officers from the DSP [deputy superintendent of police] to DIG ranks to be in the pool of the IAB, but the number of the officers will be increased. We’ll make the officers in the pool independent, so they can conduct inquiries transparently, without pressure.”

Talking about the time frame for the cases to be disposed of, the IAB chief said the officers will be given a maximum of 30 days to dispose of each case.

“The bureau will conduct inquiries of high-profile cases from the prime minister’s or chief minister’s complaint cells, those marked by the IGP [police chief], from the complaint management system as well as from social media. The officers in the pool will remain on their duties and work additionally for the IAB.”

Junejo said there will be a zero-tolerance policy to deal with the officials found to be involved in corruption. He said concerned citizens can also approach him directly.

He said other ways to register complaints is to contact the AIG of the IAB through phone, SMS, email and post, adding that resolving public issues will be their first priority because only through best public service delivery can the trust between the public and the police be strengthened.

He also said the procedures will be finalised within a couple of days, with the approval of the DIGs, SSPs, SPs and DSPs for the pool, adding that the bureau will work independently to conduct fair and transparent inquiries.

The Punjab police already has an IAB, but the accountability bureau of the Sindh police has been given more powers. “The situation in Sindh is not like in Punjab or Balochistan,” said a senior officer on the condition of anonymity. “Sindh has a different scenario, with major political influence as well. It will be more challenging to deal with them.”

The officer said complaint cells have been established in all the districts and zones, but they cannot seem to deal with the cases in an efficient manner due to various reasons. “A corrupt officer is not alone or a single person but like an entire mafia, and to deal with them is not an easy job,” he explained.

“There are political, land-grabbing, drug and diesel mafias, as well as other criminal and corrupt mafias behind the police officers operating within the department, and it’s not easy to deal with them.”

He pointed out that most of the time, senior officers conduct inquiries of their own subordinates and observe leniency during the investigations. “But this will not happen in the case of the IAB.” It is pertinent to mention here that many of the officers of the Sindh police have been found involved in illegal activities in the past, with links to criminals, gangsters and different kinds of mafias, such as those behind smuggling of diesel and petrol, sale of narcotics, and land-grabbing, as well as politicians using their influence for favours.

Who will get the Pfizer vaccine in Pakistan?