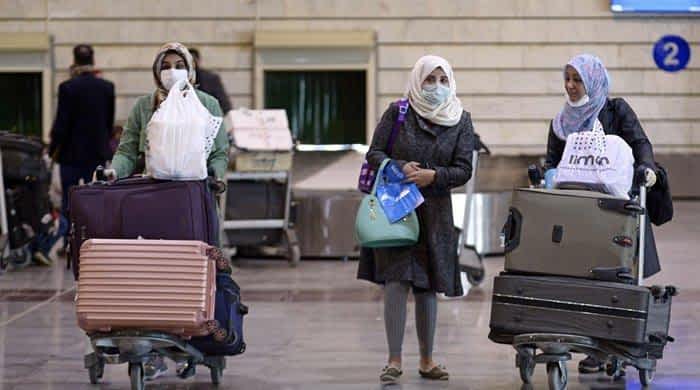 TEHRAN: Iran on Tuesday registered a new daily coronavirus caseload record, the health ministry announced, as strict limitations to curb its spread went into effect in the capital city of Tehran.

It also recorded an additional 250 coronavirus-related deaths, taking the total to 87,624, the ministry said.

Authorities have previously admitted that the official figures do not account for all cases but those numbers still make Iran the hardest-hit country in the Middle East.

To contain the new surge in infections, the national virus task force ordered government offices and banks in Tehran and Alborz provinces to close for six days from Monday evening, a first since the pandemic began.

The country’s previous daily infection record of 25,582 was reached on April 14, as Iran battled to contain a “fourth wave” that started in late March and was blamed on a surge in trips made during the Persian New Year holiday.

Earlier this month, President Hassan Rouhani warned of a “fifth wave” of infection fuelled by a highly contagious Delta variant of the virus.

On Saturday, he blamed the rising numbers on the June presidential election, “unnecessary travel” and the flouting of health protocols.

The new restrictions also include a ban on road travel to and from Tehran and Alborz provinces and a new shutdown of high-risk businesses across Iran´s worst-hit areas.

The measures coincide with the Muslim Eid al-Adha holiday celebrated in the Islamic republic on Wednesday.