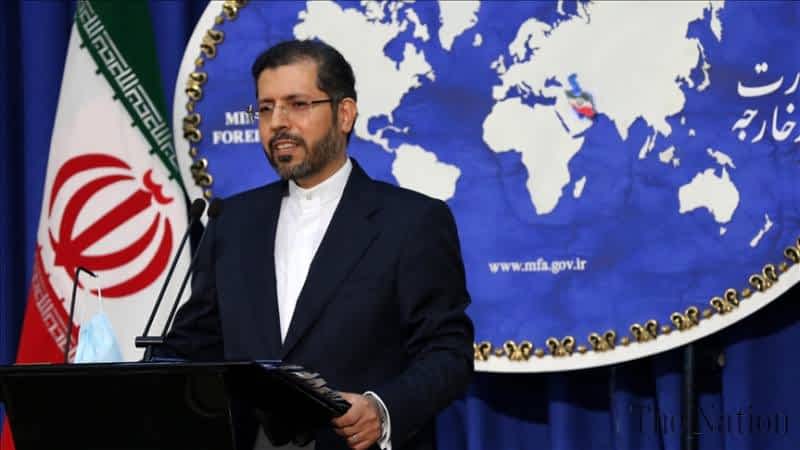 Iran dismissed remarks on Sunday by US President Joe Biden’s national security advisor, who said direct talks had begun with Tehran over the release of detained American citizens.

Saeed Khatibzadeh, the spokesman for Iran’s Foreign Ministry, said there is no direct communication with the US on any matter, including the issue of detainees.

Speaking on state TV, Khatibzadeh said Tehran’s priority is to secure the release of Iranian prisoners lodged in US jails and the matter has been taken up with the Swiss Embassy in Tehran, which represents US interests in the country.

His remarks came after Jake Sullivan said the US had begun to communicate with Iran over the detention of American nationals, calling the matter a “complete and utter outrage.”’

Sullivan said the return of Americans currently languishing in Iranian prisons is a “significant priority” for the new US administration.

“We will not accept a long-term proposition where they continue to hold Americans in an unjust and unlawful manner,” he said in a television interview, terming it a “humanitarian catastrophe.”

Sullivan’s remarks were also rebuffed by a news agency close to Iran’s Supreme National Security Council, which said communication on the issue of prisoners has been through the Swiss embassy rather than directly with the US.

“Iran’s government has not discussed the issue of American prisoners with Washington. All messages have been exchanged through the Swiss embassy in Tehran,” the agency said, citing a source.

The two countries have held each other’s citizens over various charges, and efforts to negotiate their release have been stalled due to heightened tensions between the two longtime adversaries.

Iran and the US are locked in a stalemate over reviving a 2015 nuclear accord which the previous US administration had abandoned in May 2018.

While the Biden administration has shown a willingness to bury the hatchet, Iran says the first step should be lifting sanctions before any negotiations take place.