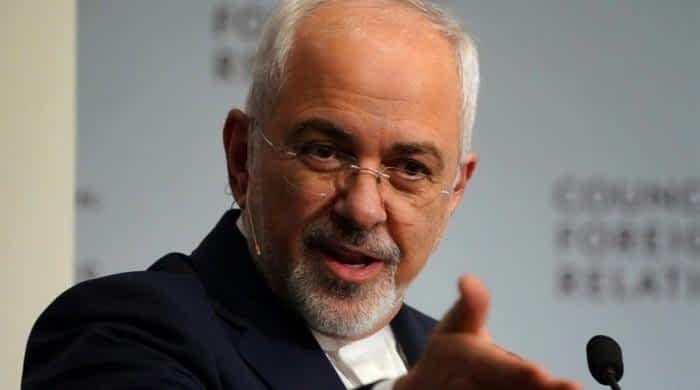 TEHRAN: Iran’s Foreign Minister Mohammad Javad Zarif on Sunday expressed hopes that the Taliban would work on an “immediate end” to the pain of the people of Afghanistan and that an “all-inclusive” government should be formed in Kabul.

Zarif’s remarks come after a meeting with a Taliban delegation — headed by its co-founder and chief negotiator, Mullah Abdul Ghani Baradar — that arrived in Iran to exchange “views on the peace process in Afghanistan” at Tehran’s invitation.

The visit comes as peace negotiations between the Afghan government and the Taliban resumed in early January in the Qatari capital Doha, meant to end a conflict spanning two decades.

According to a ministry statement, the Iranian foreign minister said the formation of an all-inclusive government as he called for “must take place in a participatory process and by taking into account the fundamental structures, institutions, and laws, such as the constitution”.

He also welcomed the idea of forming an “all-inclusive government with the participation of all ethnic and political groups”.

He expressed hope the Taliban would “focus efforts on an immediate end to the pains of Afghan people so that the establishment of peace in Afghanistan would strip the outsiders of a pretext for occupation”.

“Political decisions cannot be made in a vacuum,” said Zarif, whose country has previously called for the forces of its arch-rival, the United States, to withdraw from Afghanistan, its eastern neighbour.

Afghan President Ashraf Ghani on Friday urged the new US President Joe Biden to put pressure on the Taliban and not rush to withdraw more troops from Afghanistan.

Ghani’s appeal came days after the Biden administration said it intended to reconsider a February 2020 agreement between former president Donald Trump and the Taliban.

The agreement includes the complete withdrawal of US troops from Afghanistan by May 2021 in exchange for the Taliban halting attacks on US forces, sharply decreasing the level of violence in the country and advancing peace talks with the government in Kabul.

The Afghan government blames the Taliban for the lack of progress in negotiations that started in September last year and resumed this month.

Opportunity ‘should not be wasted’

“Since January 6, our delegation is in Doha ready to start the talks based on the agendas. But the other side is busy travelling abroad,” Afghanistan government’s negotiator, Muhammad Rasul Talib, told reporters in Doha.

“The negotiation is not in a stalemate yet but there is a pause and the reason for that is the Taliban,” he added.

“The Afghan delegation is calling on them to come back, we believe the current opportunity to solve the problems should not be wasted.”

Kabul is pushing for a permanent ceasefire and to protect governance arrangements in place since the ouster of the Taliban by a US-led invasion following the 9/11 terror attacks in New York.

But violence has escalated across Afghanistan, with the Taliban refusing to make concessions.