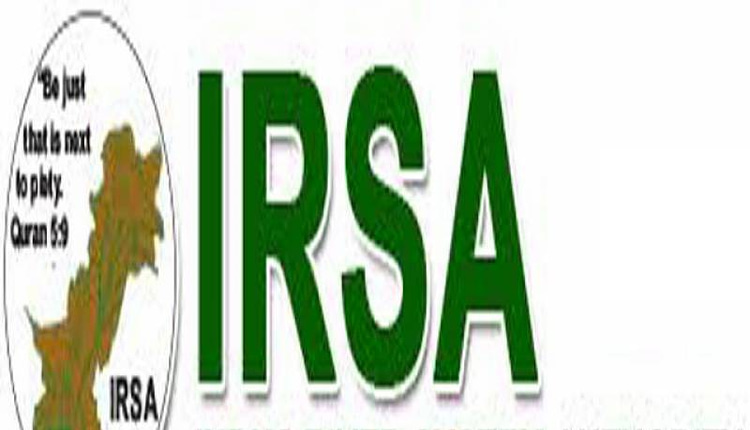 ISLAMABAD – Indus River System Authority (Irsa) has upward revised the water shortage for the provinces as Tarbela touched to its dead level and has anticipated that Sindh and Punjab will face 32 percent shortage.

However the Irsa meeting which held here to review the water situation noted that temperature in Indus Catchments has started rising and on Friday it was 26.1 degree against yesterday of 23.9 degree celsius. As per Pakistan Met department, it will hopefully continue and situation will improve in next 48/72 hours, said spokesman Irsa, Khalid Rana here in an interaction with media.

However, he said that due to prevailing limited storage available in reservoirs and tumbling river inflows it was inevitable to apply cut on provincial shares. Therefore as per availability the shortages for Punjab & Sindh have increased to 32 per cent (previously 23per cent) with immediate effect, the spokesman added.KP and Balochistan shall remain exempt from sharing of shortages.

The spokesman said that from Friday till further review by Irsa the Punjab & Sindh shares 83,000 cusecs and Sindh 74,000 cusecs respectively.

Tarbela dam is currently on its dead level of 1400 feet. Water flows in river Indus at Besham also increased by around 2000 cusecs during past 24 hours, mainly because of increase temperature at catchment areas of Indus, however the inflow at Tarbela is still low.

There is still discrepancy of around 18000 cusecs in the flows between Besham and Tarbela reservoirs. The Inflow in Besham on Thursday was around 68000 cusecs and its takes only 6 to 8 hours for water to reach to Tarbela but on Friday the inflows in Indus at Tarbela was 17000 less. Irsa had alleged that from 1st May to 23rd May there was discrepancy of around 300000 cusecs in the water flows data between Besham and Tarbela during 1st April to 23rd April. Source totally during the period 0.609 MAF (around 300000 cusecs) of water was unaccounted for between Besham to Tarbela. However, when the issue was raised by Irsa with Wapda for next two days closely data of both the location i.e. Besham and Tarbela was provided but once again the gap between the two locations increased, source said.

The question is why Irsa had turned blind eye towards the discrepancy in water data till Tarbela reservoir reached to its dead level? It needs proper investigation to find the reason for the discrepancy in the data and to punish those responsible for providing fudged data to the regulator.