Islamabad to get new force amid worsening law and order situation 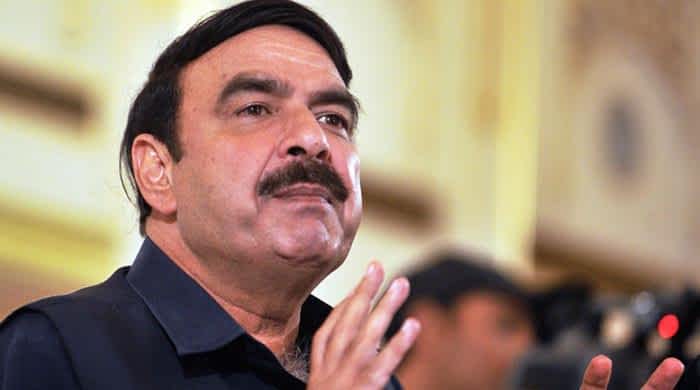 ISLAMABAD: The Federal Capital will get a new force to maintain the law and order situation which, according to Federal Minister Sheikh Rasheed, has worsened.

The interior minister, in a video statement, promised that the government will take steps to ensure Islamabad is safer in the days to come.

He said this after two policemen were gunned down in a late-night targeted attack in the city.

Rasheed said during the PTI government, the number of police martyrs has reached nine and paid tributes to those sacrificing their lives for peace.

He also announced that to make Islamabad more secure, an additional 100 eagle squads will be inducted taking, the total number of motorcycle squads to 150. They will keep a check on the city with the help of the Safe City and a wireless system.

Sharing more details about the steps taken to improve the law and order situation in the city, he said currently, eagle squads have only two mobile vans while 16 more would be added soon.

The Federal Capital, he said, is connected with Punjab and KP and the government would make it a “safe zone”.

“We are going to take important steps this week,” he said.

The minister said he is going to Waziristan to review fencing along the Afghan border, which would be completed in two months.

“88% work is completed on Pak-Afghan border after which we will also complete fencing on the Iranian border, which is expected to be completed by the year-end,” added the minister.

He said the government of Prime Minister Imran Khan is trying to ensure Pakistan’s borders are safe and will introduce an electronic management system in this regard.

Experts fear US pullout may plunge Afghanistan into civil war