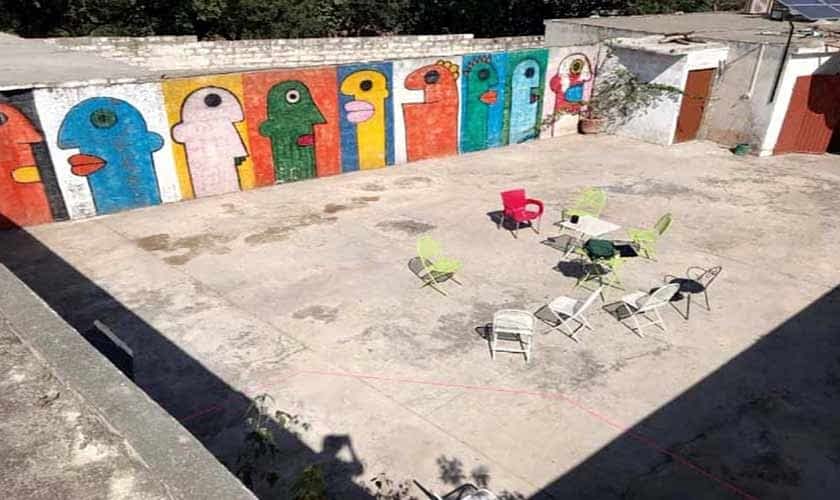 In the country’s capital – Islamabad – one of the pioneer theatre groups is struggling for survival amidst the pandemic. Theatre Wallay is a non-commercial group of artistes with a passion for theatre and literature, active in Islamabad for more than 10 years now.

The group has been operating with the objective of “theater for social change”.

“We are on the map of Islamabad on the lines of NAPA in Karachi and Ajoka in Lahore. The aim is not only to entertain people but talk about social issues and bring a positive and progressive change in the society through theater,” Fizza Hasan, a French language teacher by profession, who heads the theatre group, says. The core team of the group emerged from the Punjab Lok Ras, a famous Lahore-based old theatre group.

“We have put up many performances of plays picked from world literature. One of our original productions, the acclaimed Daagh Daagh Ujala (This Stained Dawn), toured the United States in 2015. Another project, On Common Ground, toured the Oregon Shakespeare Festival and Artists’ Repertory Theatre, Portland, in June/July 2017,” she adds.

“The group uses creative expression as a tool for empowerment and critical dialogue. It holds regular workshops, readings, trainings and other activities in partnership with local and international organizations,” Safeerullah Khan, the group manager, says. “From November 2016 onwards, the group has been running a not-for-profit cultural space and community centre. The Farm is located at a rented place in Banigala and banks on support and donations from patrons and audiences to sustain this volunteer-run space which brings quality events for entertainment and discourse to the twin cities.”

“The Farm is located at a rented place in Banigala and banks on support and donations from patrons and audiences to sustain this volunteer-run space which brings quality events for entertainment and discourse to the twin cities,” says Safeerullah, manger of Theatre Wallay.

The name Theatre Wallay literally translates into “theatre people”. The group was formed in 2005, but got its name in 2011, after a four-hour long conference call consisting of five people, three of whom have not worked with the group since 2012. The group has evolved as years have passed, and so has their content.

“The first few productions by the group were comedies, funded by the French Cultural Centre in Islamabad, and were carried out when times were relatively better than they are today. As things in Pakistan got worse, the group’s content took a different turn. Now, the group works on social welfare projects with NGOs and holds readings in Urdu, which often consist of works by revolutionary Pakistani writers. The French Cultural Centre decided to stop funding it in 2011. The group has struggled ever since. In 2013, the American Embassy decided to fund the Voices of Partition project that lasted for an entire year, and toured Pakistan and the United States. The project kept members of the group so busy that past failures and slow times were forgotten. Over the years, the group has picked from the literature of Pakistan, India, the United States, the United Kingdom, France, Africa, and Russia.

All the activities at The Farm have been at a standstill since March.

“Theatre Wallay is a collective of theatre artistes. As the space for freedom of expression around them shrunk, these dreamers decided to create a safe space for the arts. A place that could serve as a hub of civil discourse, where debate could be held, where art could flourish and kids could learn to embrace diversity by tapping into our collective humanity, our love of expression. This global pandemic has affected everyone across the board, but performing artists and creative spaces have suffered disproportionately. Without audiences coming to The Farm its very existence is threatened and we are faced not just with the loss of a physical building but also a community centre, a refuge. We need your help in keeping the place alive during this time,” Imran Iftikhar, a resident of Islamabad who recently launches a fundraising campaign for the group, says.

The writer is a staff member. He can be reached at [email protected]

WHO probe into virus origins not transparent, says US

LGH to beef up security