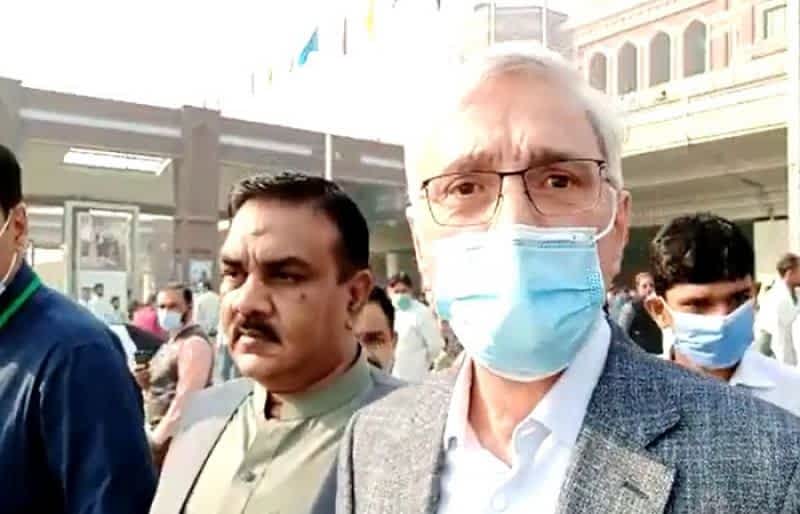 According to the details, Jahangir Khan Tareen arrived at the Allama Iqbal International Airport early morning today via a foreign airlines’ flight. He returned home after seven months stay in Hampshire county, UK.

Talking to journalists at the airport, the PTI leader said that he went abroad for medical treatment. He maintained that it was not necessary to respond to every allegation hurled by the opposition.

Jahangir Tareen said that his business was fair and transparent, adding that he has never been involved in any wrongdoing.

Earlier on November 5, Pakistan Tehreek-e-Insaf (PTI) senior leader Jahangir Tareen had announced to return back to Pakistan that month.

According to sources, the former PTI general secretary had said that he went abroad for medical treatment and will arrive in Pakistan this month. However, the PTI leader had not confirm the date of his return.

It may be noted that Tareen had reached London around seven months ago immediately after the publication of the Sugar Commission report.