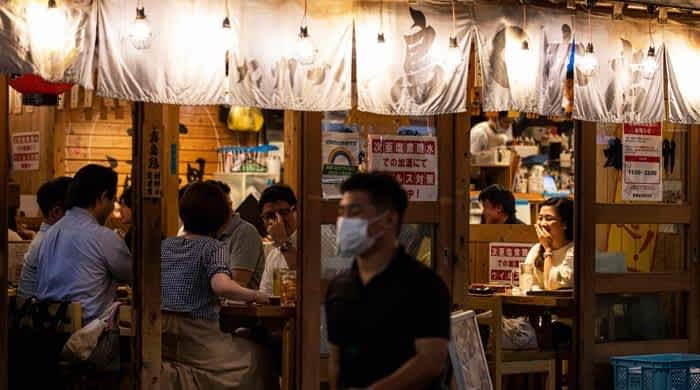 BERLIN: Japan has signed a deal to secure 120 million doses of a potential coronavirus vaccine, German pharmaceutical group BioNTech, which is developing the drug with US pharma giant Pfizer, said Friday.

Financial details of the deal were not disclosed, with BioNTech saying the terms were based on the timing of the delivery and volume of doses.

But an agreement announced recently between the labs and the United States put the price of 100 million doses of the potential vaccine at almost $2 billion.

First deliveries to Japan are planned for the first half of 2021, added the Mainz-based company.

Laboratories around the world are racing to find a vaccine to curb COVID-19, which has claimed more than 667,000 lives and upended the livelihoods of millions.

More than 200 candidate vaccines are currently being developed with roughly two dozen at the stage of clinical trials with human volunteers.

BioNTech and Pfizer have decided to advance their trials on the most promising of their vaccine candidates, known as BNT162b2.

On Monday, the companies announced that they have begun a mass trial involving 30,000 healthy volunteers.

Japan has so far escaped the epidemic relatively lightly, with around 32,500 infections and just over 1,000 deaths since the first case was detected in January.

But the number of cases has been on the rise since the government lifted a state of emergency two months ago.

Tokyo’s governor warned Thursday that the capital may have to impose a new state of emergency if infection numbers continued to climb.

Release of next Halo video game delayed until next year