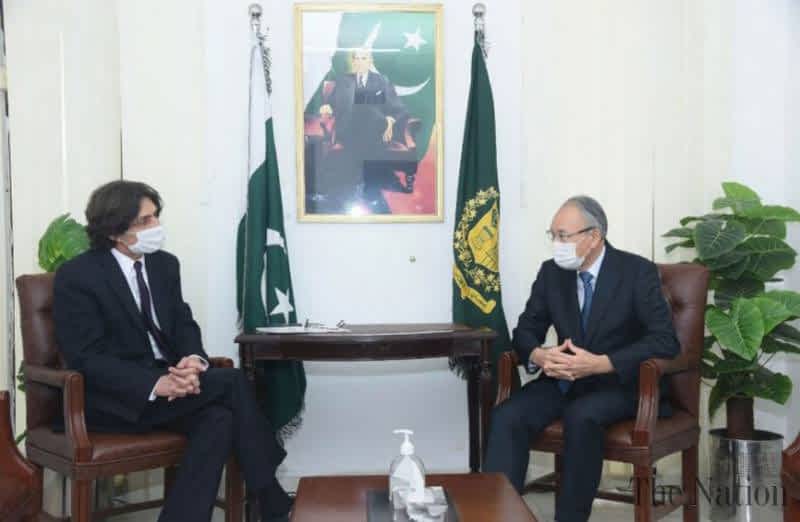 ISLAMABAD   –  Japanese Ambassador to Pakistan Kuninori Matsuda called on the Special Assistant to the Prime Minister (SAPM) on Information and Broadcasting Raoof Hasan and discussed the matters related to the mutual cooperation between the two countries.

Bilateral matters including economic cooperation, trade and tourism development and improving cultural ties between Pakistan and Japan came under discussion during the meeting.

Besides, matters relating to the regional stability in the context of Afghanistan peace process, prospects of expanding cooperation in different fields including media were discussed, said a press release on Tuesday.

He mentioned that there was immense scope for expanding mutual cooperation between the two countries.

He suggested to initiate co-production of documentaries as joint ventures between the NHK and Pakistan Television.

Ambassador Matsuda highlighted the historical aspect of Pakistan-Japan relations and suggested think-tank to think-tank level cooperation between the two countries.

Counsellor and Head of Protocol and General Affairs of the Japanese Embassy, Takekida Masao, was also present in the meeting.