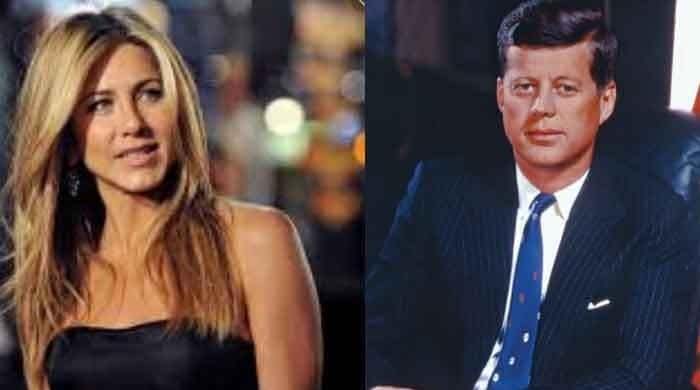 Jennifer Aniston is one of the prominent personalities from the US entertainment industry who has waged a social media campaign to vote Donald Trump out of the White House as the republican leader seeks a second term as the president in the November 3 election.

She has been urging her millions of American fans to protect their rights and freedom by choosing the right candidate in the US presidential election.

The “Friends” star has emerged as one of the staunch opponents of President Donald Trump. She has used her social media account to ask her fans to elect Democratic candidate Joe Biden and his running mate Kamala Harris.

To highlight the importance of the upcoming election which takes place amid the increasing number of racists incidents, the actress has shared advice from president John F. Kennedy.

Taking to her Instagram stories, Jen shared a video clip of the Democratic president’s speech from his inauguration in 1961.

“In the long history of the world, only a few generations have been granted the role of defending freedom in its hour of maximum danger,” Kennedy is heard saying in the video shared by the actress.