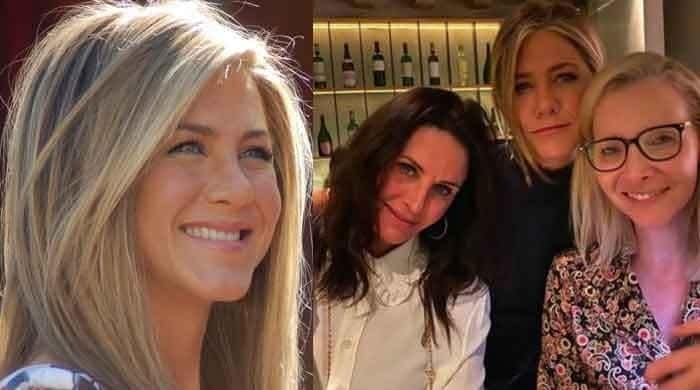 Jennifer Aniston’s fans have  reacted to her  absence  from virtual reunion of ‘Friends’ as Lisa Kudrow’s alter-ego Fiona Wallace virtually spoke to four of her co-stars.

Lisa Kudrow mesmerised the excited fans on Monday after sharing footage of herself in character as Web Therapy’s Fiona Wallace, chatting to her ‘Friends’ co-stars.

On Instagram, Lisa wrote alongside the clip: “@webtherapyshow so fun when these guys came. Maybe one day JA… It’s all on @imdbtv.”

Fans were quick to respond  on the video, with one reacting: “Jennifer Aniston where are you?,”

A third one added: “I love this so much.”

It’s not known why Jennifer was unable to take part in the show, but the Rachel Green actress  had good reasons.

Friends fans are excited for the much-anticipated reunion show, which has been put on hold due to the ongoing pandemic.

The unscripted special was originally set to be filmed in March, and was later pushed to May. Now, there’s no set date.

On the other hand,  Jennifer Aniston  couldn’t wait to post on Instagram to reveal something big with her followers.

“I’m so excited to (finally) announce that I’m joining @vitalproteins as the Chief Creative Officer,” she captioned two photos of her clutching a box of colourful products from the company.

“Years ago I started using Vital Proteins regularly… so when the opportunity presented itself to be a part of the brand in a bigger way, I jumped on it.”

“I’ve always been an advocate for finding wellness from the inside out – and I’m so happy to share the importance of collagen. More on THIS soon!”

Her fans went crazy for the news and urged her to reveal how they could sign up!

Many of them were already huge fans of the products and called her news “awesome”.

Perhaps Jennifer Aniston’s new job was the reason she missed her virtual Friends reunion earlier in the week.

Users around the world face difficulty in accessing Google services