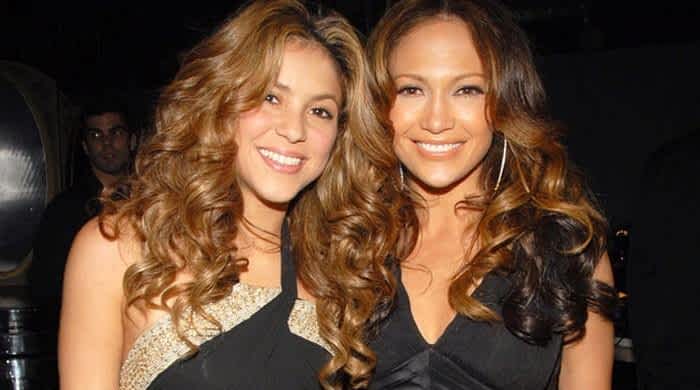 The 50-year-old Lopez — who is currently basking in the success of her much-lauded performance in the recently released film “Hustlers” — dropped the news in a tweeted photo of her and Shakira, sporting matching metallic gold tube tops and black leather pants, saying with emojis that they were going to “set the world on fire.”

“It doesn´t get any bigger than this! So excited about getting on that #SuperBowlLIV” stage tweeted Shakira. The NFL confirmed the news on Twitter.

The Latina superstars will be part of the NFL´s bid to rebuild its embattled halftime show — one of pop music´s most visible gigs — which last year struggled to secure performers over the treatment of former San Francisco 49ers quarterback Colin Kaepernick.

Kaepernick, who has not played in the NFL since opting out of his contract with the San Francisco 49ers in March 2017, began kneeling in protest of social injustice and racial inequality during pre-game renditions of the US national anthem three years ago.

The move became a talking point for Donald Trump in September 2017, with the US president saying the players were insulting the nation and should be fired.

The 2019 halftime show saw the performance slot go from highly coveted to largely unwanted, with prominent artists including Rihanna, P!nk and Cardi B reportedly turning it down over Kaepernick´s plight.

In August, the NFL entered a partnership with rapper Jay-Z, which the league hailed as a move to promote social justice and the artist said would allow the league to advance from protest to action.

But many criticized Jay-Z´s deal with the NFL, with some calling it a “money move” that betrayed Kaepernick, whom the entertainment mogul had thrown his weight behind in the past.

Amato Couture puts up a sartorial spectacle at FFD